Here's a video recording of what me and Otro competed with at Datastorm a while ago. I am shameless enough to say that this was my favourite at Datastorm! Unfortunately, it does not involve cool programming so the demoscene doesn't like it. Download the Amiga file here (68020+). 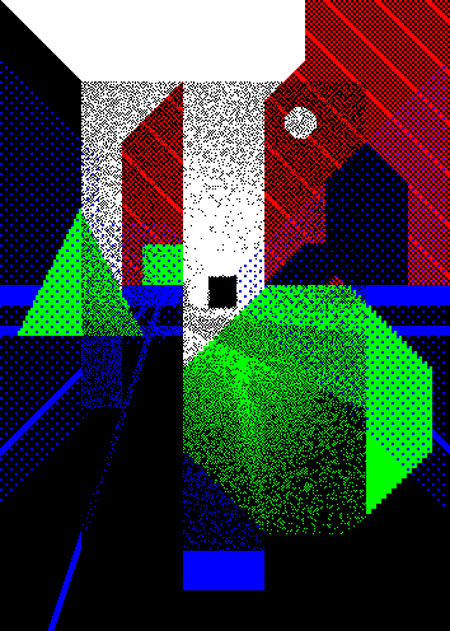 Galerie Duplex in Toulouse (France) is running an exhibition with Julien Ducourthial aka Otro. I made the music for an animated Amiga piece called Black Noises. On display until 7th of March.

Mazemod is a new net radio with hot Amiga music! Acid, bass, and chip! Check it! This is an Amiga1200-intro by Otromatic with my song "fekk" (here played in an emulator so the bass is a bit mangled, for those that care). I also made a playlist with some of my favourite Amiga tunes a while ago - check the playlist-section, yeaaahoo!

I had a gig in Utrecht for the C-men's VJ Launch Party at Ekko, together with lots of elite headz. It was really good to hear Lo-bat's tight Gameboy drum'n'rock again, and to get some of Jeroen Tel's good ol' melodic C64 funk. Gijs Gieskes showed some new weird thingies with Sega and Gameboy and all of that - extremely good as usual - and Otro provided some of his magical pixels. And DJ DMDN again. The C-men is Da Groovy Selekta! 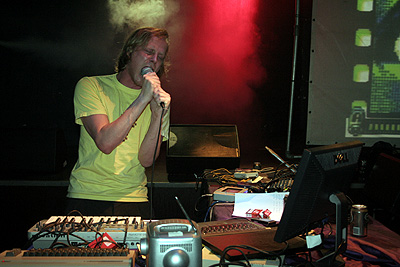 After the gig I missed the train and the morning after I missed another train, but in the evening I magically found myself in Paris nevertheless, to do a show at Fuck You I'm Furious at La Java Club. In Utrecht I destroyed two C64s and in Paris I destroyed a third one, so this was a nice jackpot for me. I stayed with Sidabitball and had a quick peek on his amazing projects which are yet to be revealed, maybe. We went to do some very hot undercover data sightseeing at the mo5. In Paris I was also fined, burned, crepped, mugged, stripped and buried. Hello, here are my photos.