My Teletext Art on TV 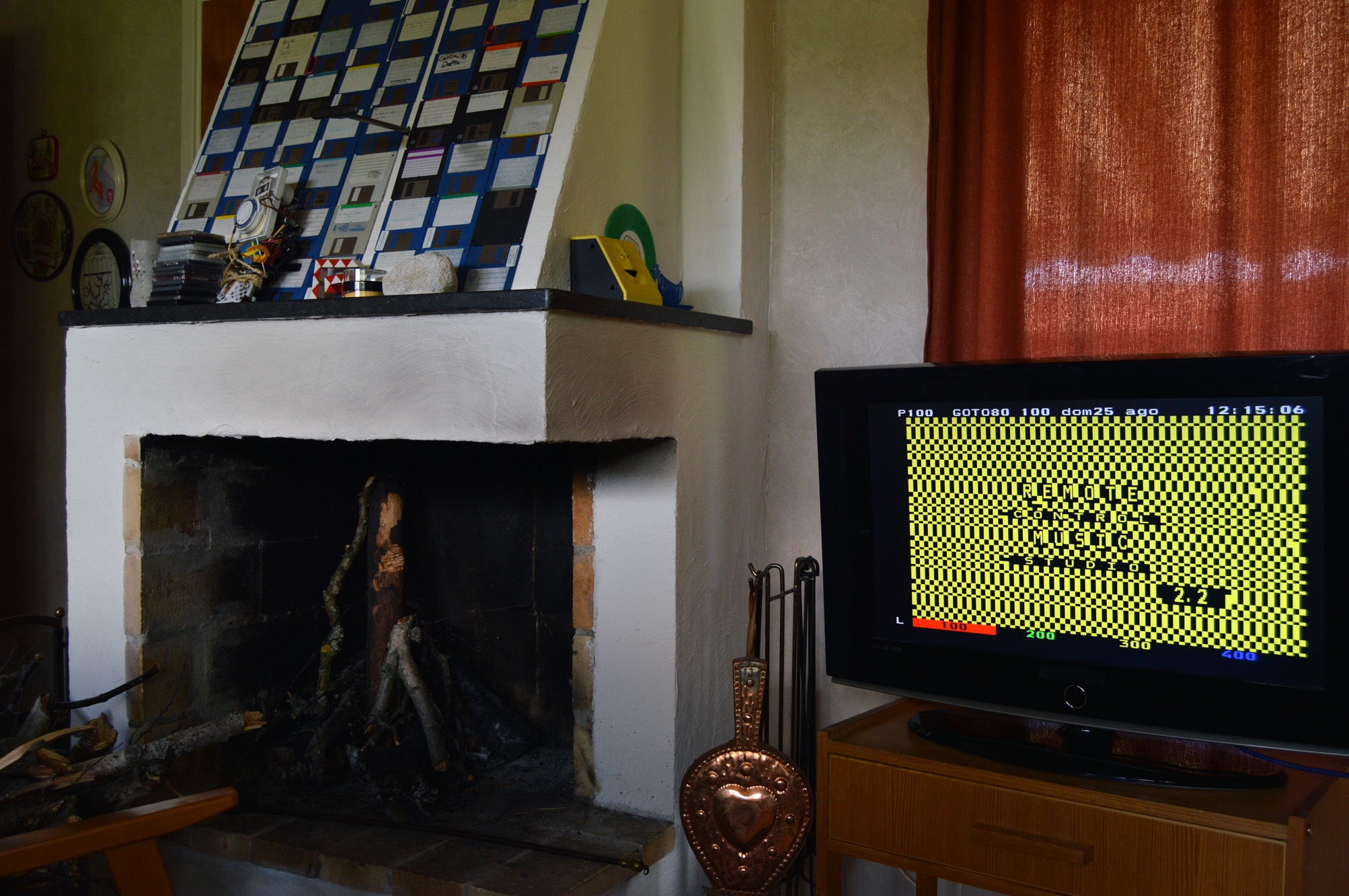 In 2013 I sort of made a music program for teletext. Screens of it were shown at the International Teletext Art Festival (ITAF), and it is currently showing on the Museum of Teletext Art on the German TV-channel ARD.

(fire and horses not included) 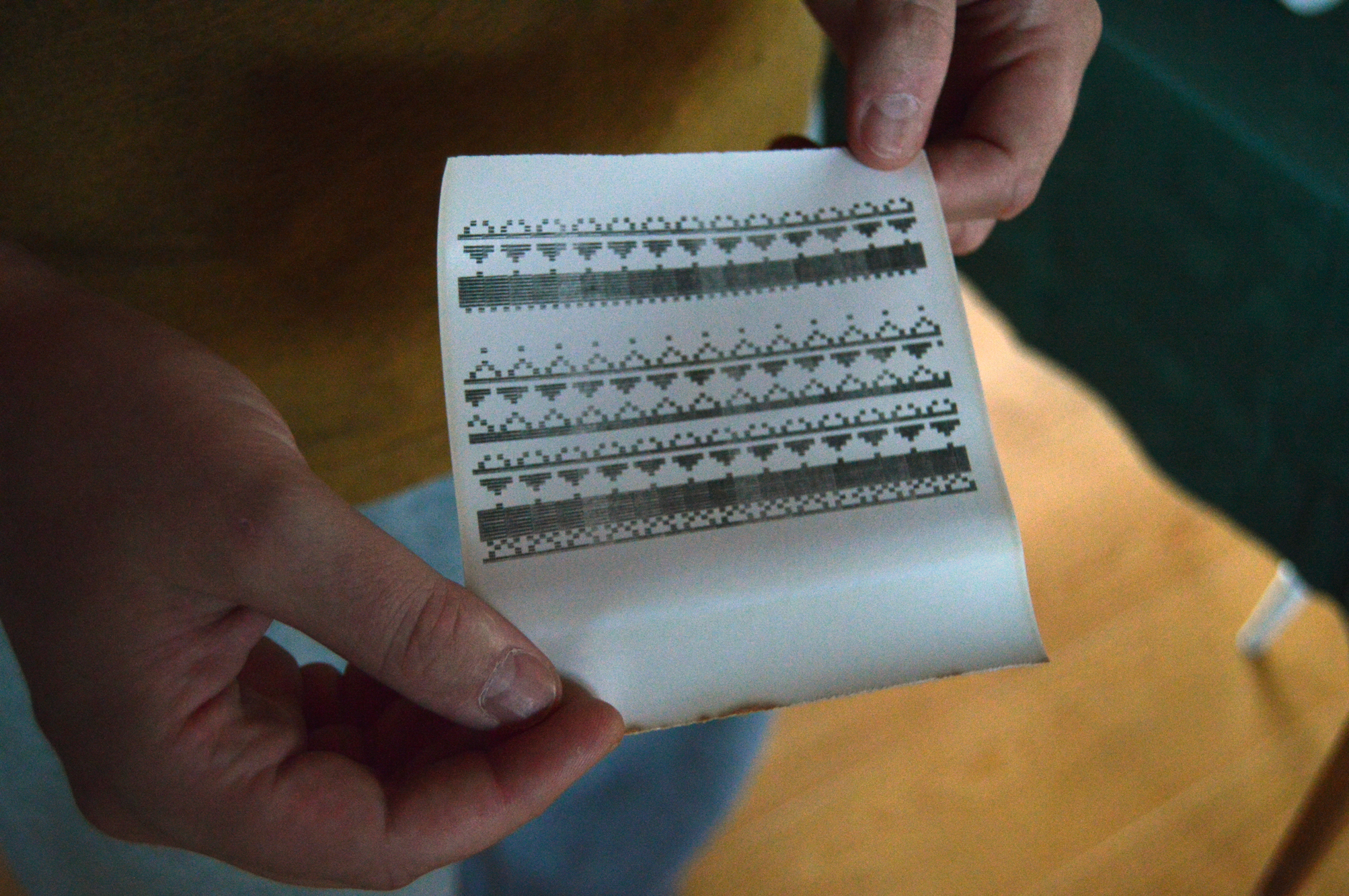 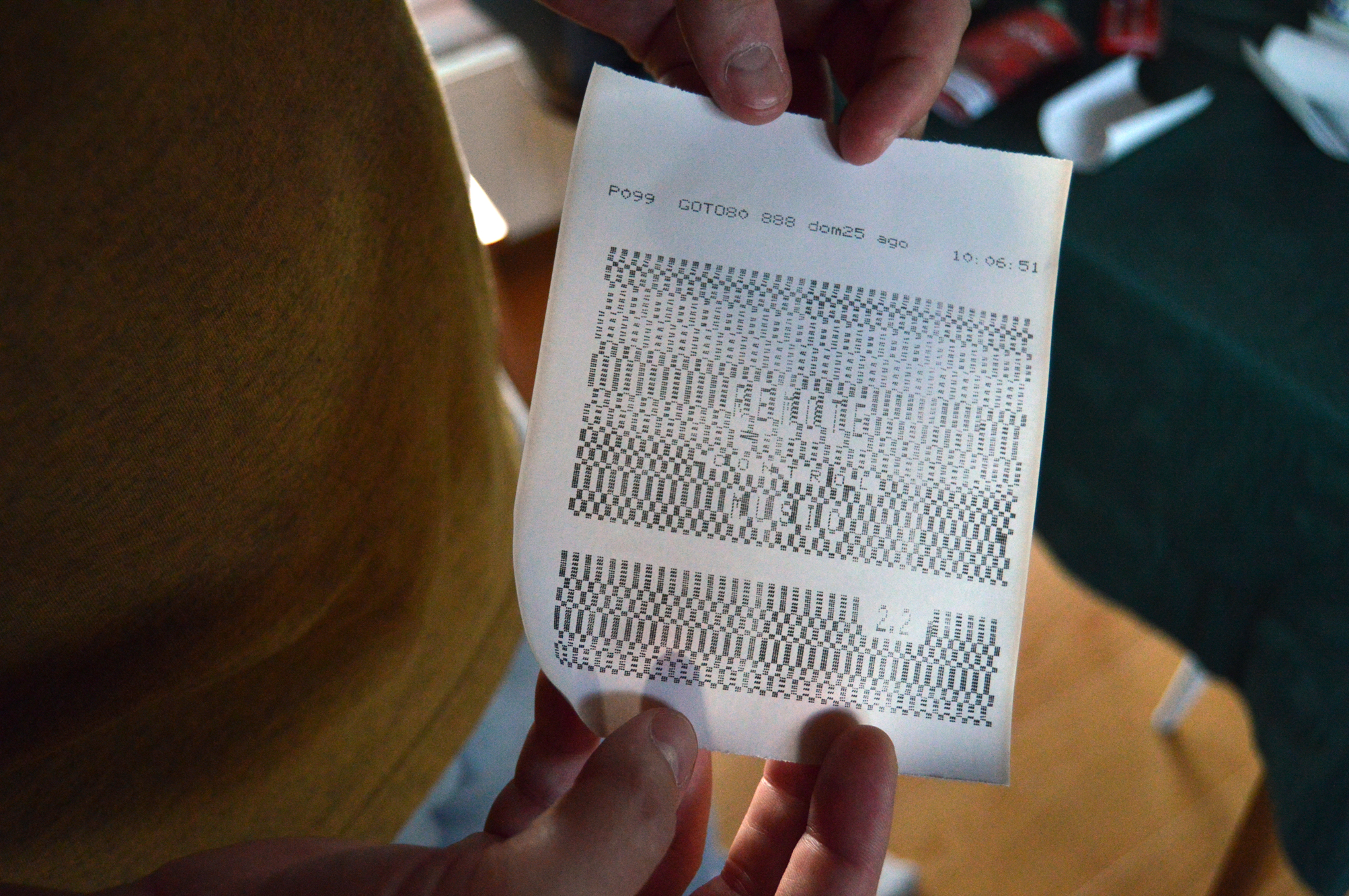 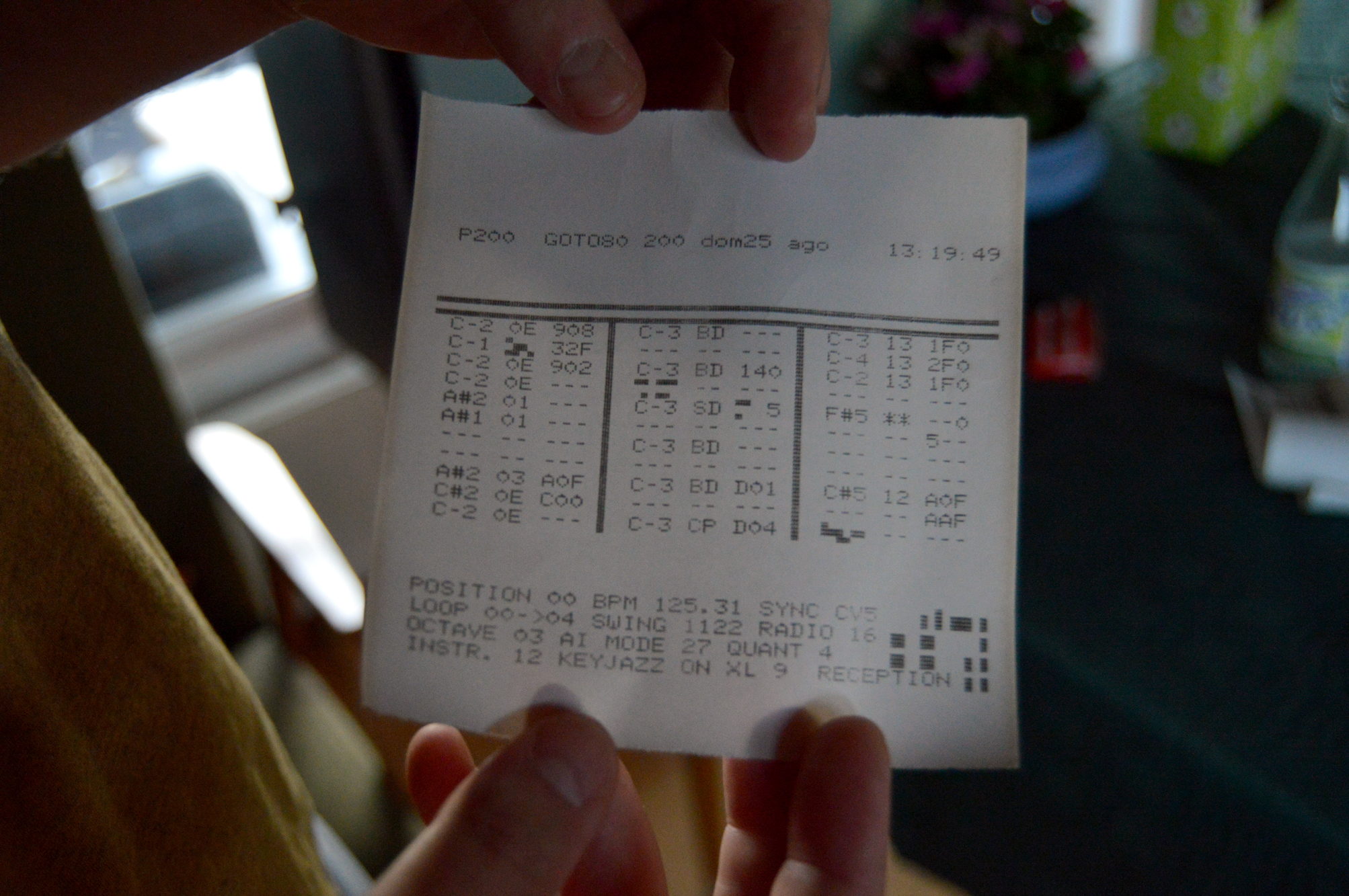 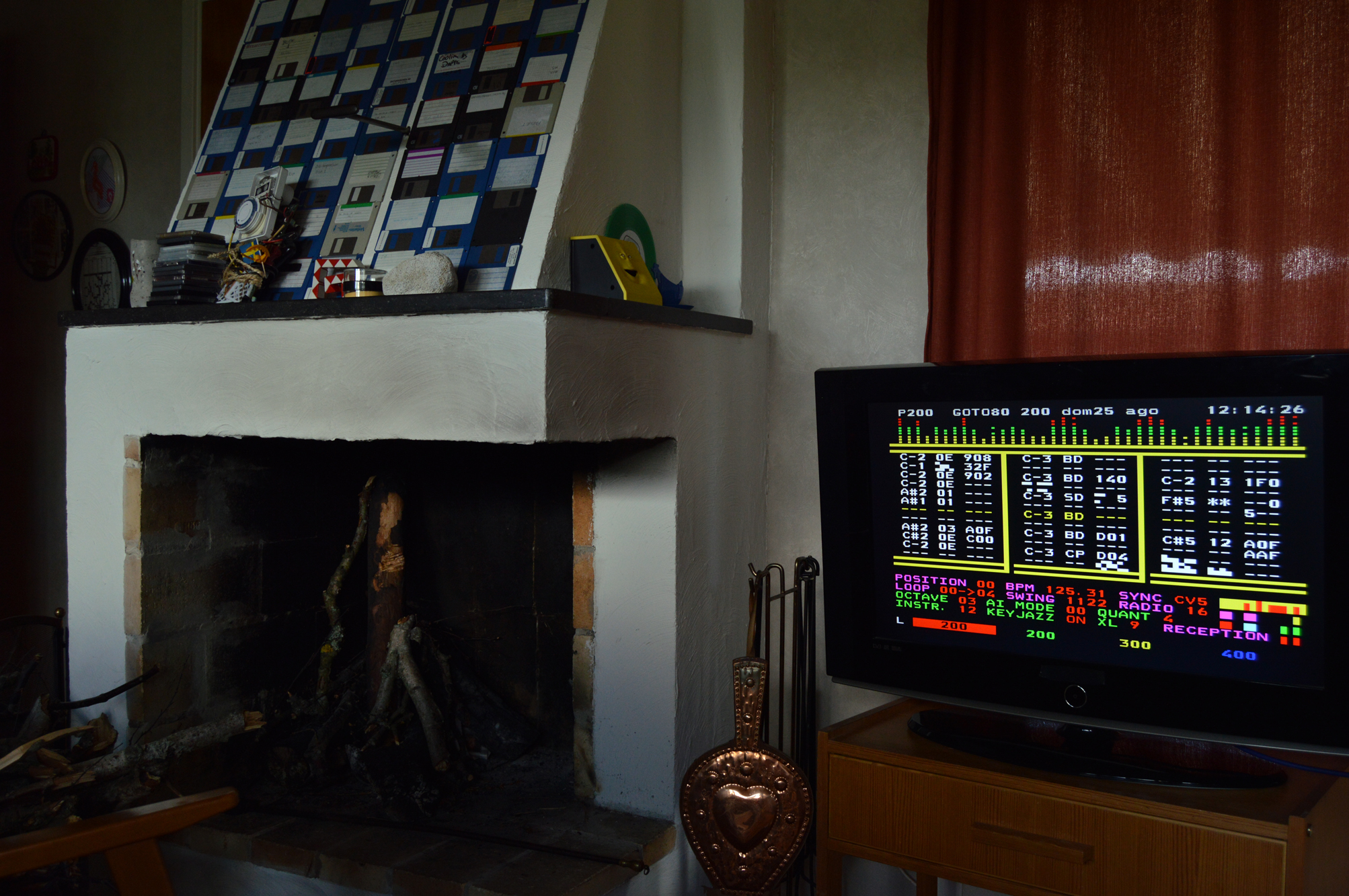 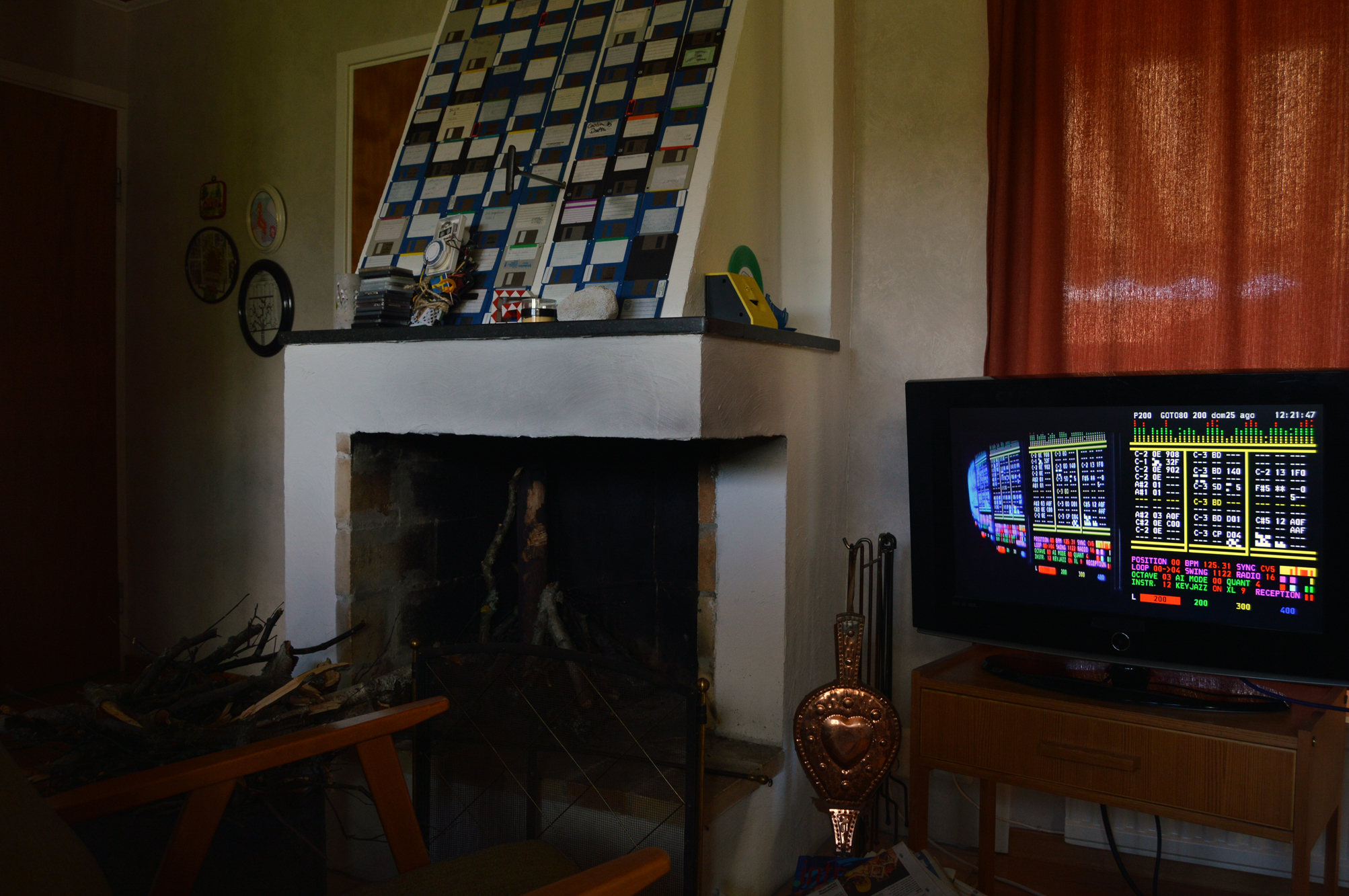 I was invited to this year's International Teletext Art Festival (ITAF) and decided to make a music software called Remote Control Music Studio. If used properly, it allows the user to perform live and feed various TV- and radio-information into the software to use as audio waveforms, sync, modulations, etc.

For one month this will be shown on German, Swiss and Austrian teletext along with works by e.g Dragan Espenschied, Max Capacity, Raquel Meyers, Dan Farrimond, Ubermorgen, LIA, and several others. There are also some AFT (Away from TV) events, such as an exhibition at Ars Electronica later on. 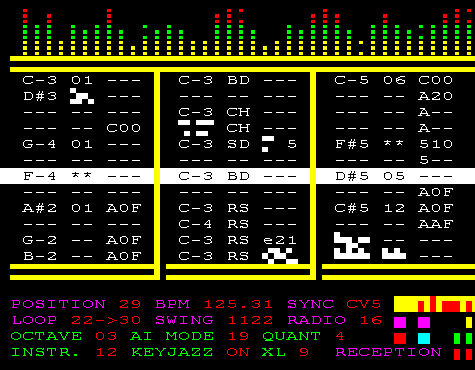 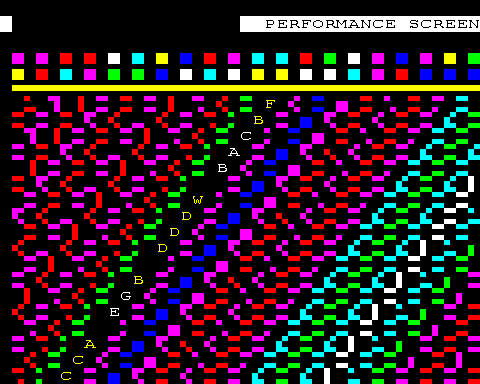 Our Academic Paper on ASCII Art 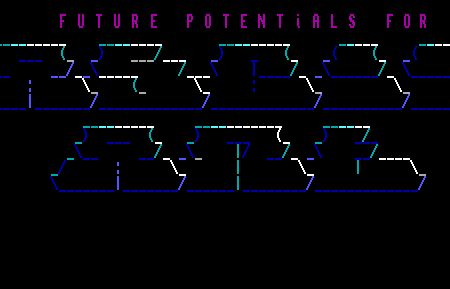 Me and A. Bill Miller wrote a paper on ASCII art and presented it at CAC3 last year. Now we've put it online at chipflip.org/06 so check it out! 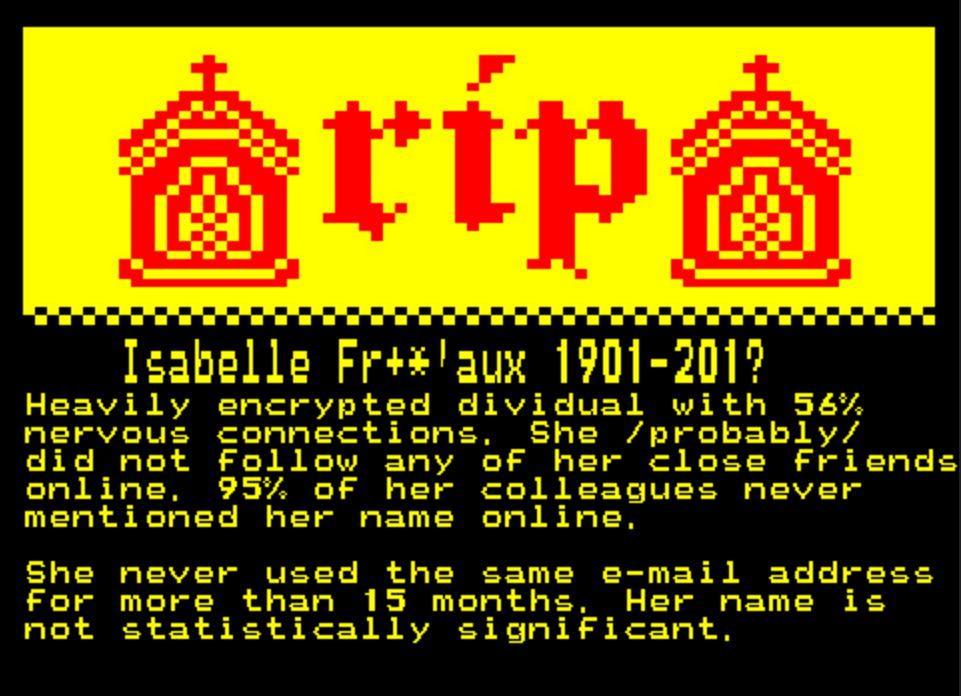 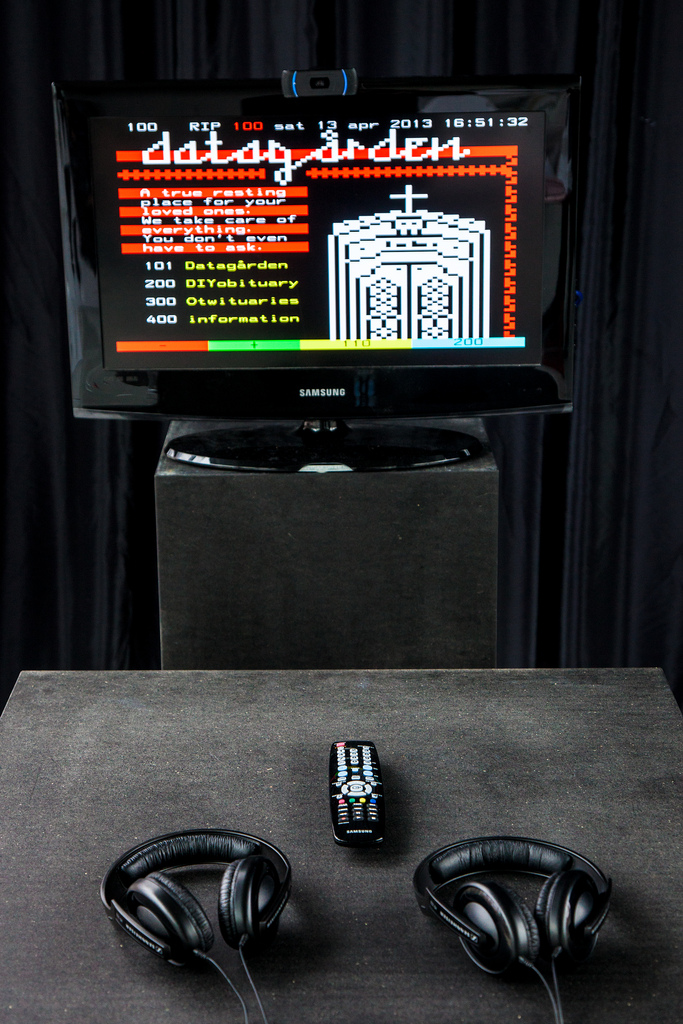 Datagården is a teletext cemetary with obituaries of people's online lives. Some of the information is actually taken from the internet but some of it is fictional. As speculations about how auto-generated and unauthorized obituaries can look like in the future. (only without the ads!)

It was built (mostly) during Art Hack Day Stockholm at Bonniers Konsthall by me, Raquel Meyers and Possan. We used tools developed beforehand by Peter Kwan. Possan managed to stream video in real-time to teletext the so called DIYobituary. I did music, text and ideas. 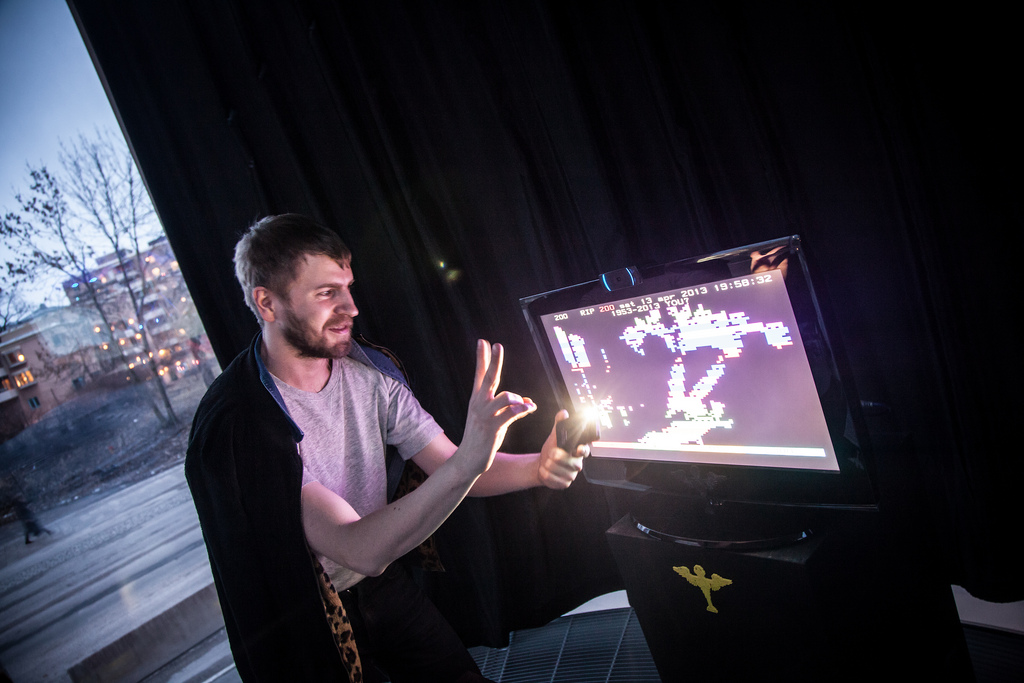 We also added video feedback by filming the screen and sending the signal back to the TV, while showing teletext in transparent mode. 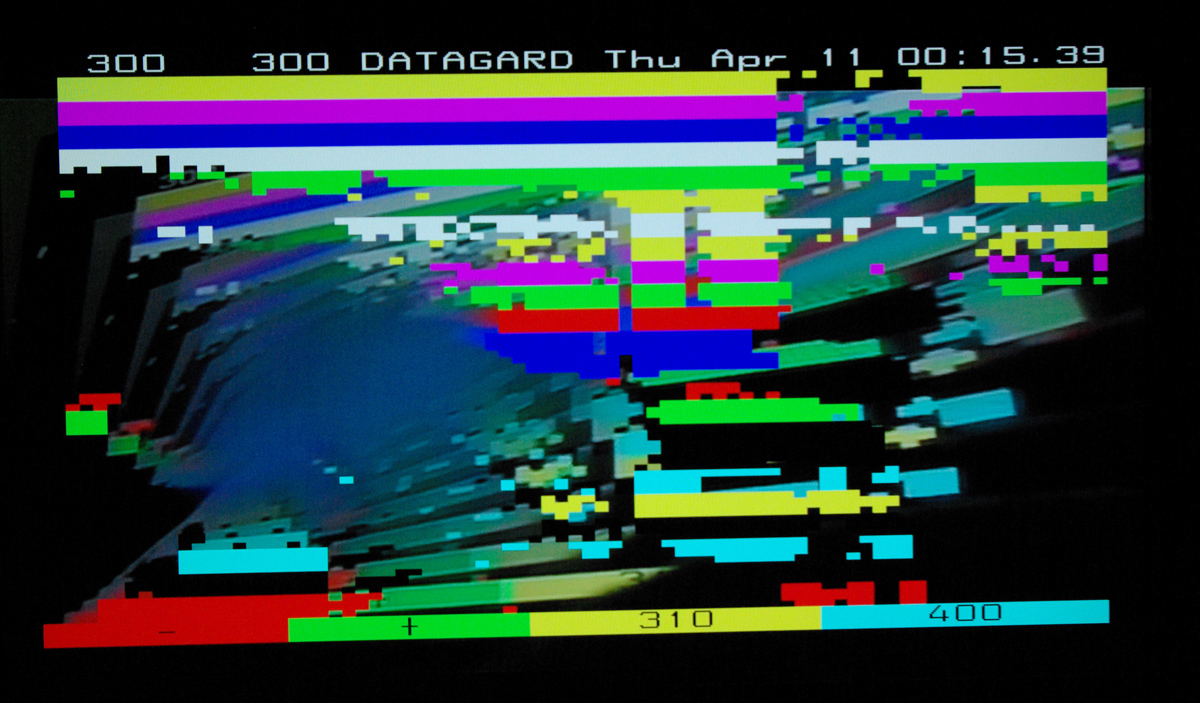 This connected to the theme Larger Than Life in several ways. Most obviously by the semi-fake use of the collective consciousness of the internet. But also by using an ambiguous medium like teletext. While often described as dead, it is in fact the largest single mass medium in Sweden with 2 million daily users (20% of the population).

And on a more philosophical note, teletext exists somewhere inbetween digital and analogue, text and graphics, video and data, screen and stream. You can't record teletext because it's inbetween everything. Just like death. Uh, or life?