F.A.T Award For My New Book! 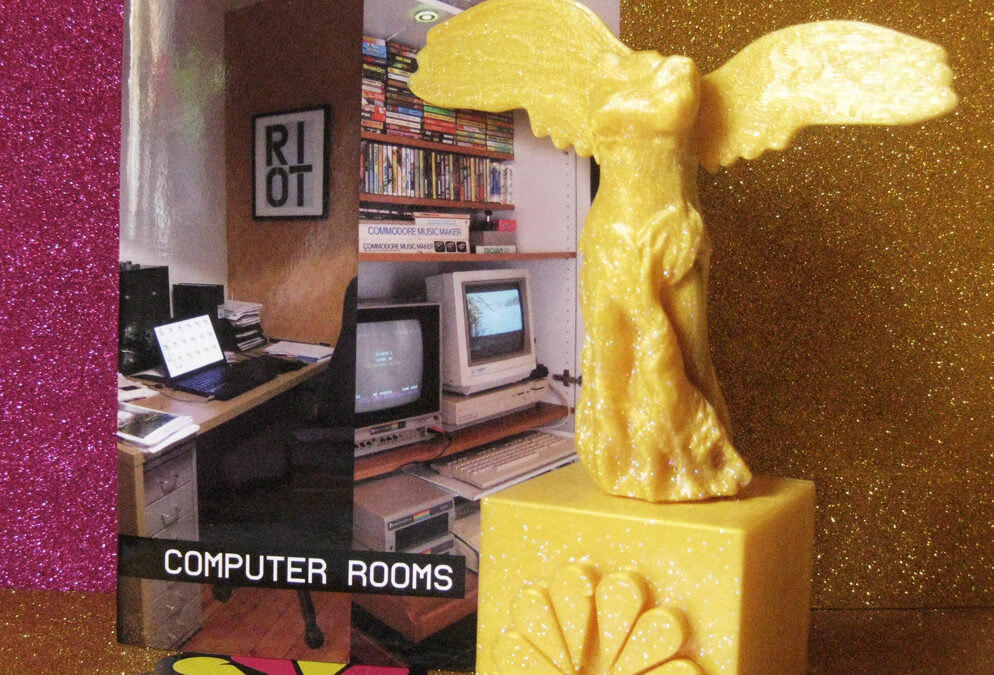 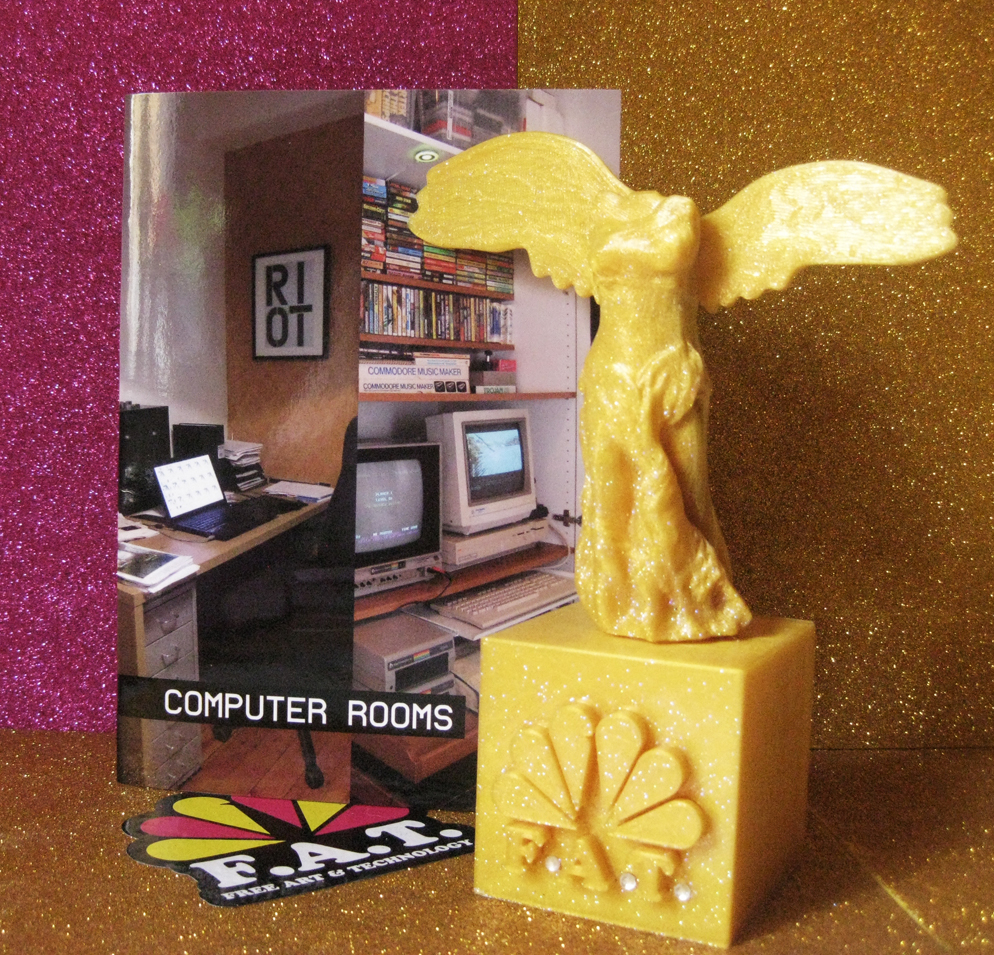 OMG I won an award for my book – and it hasn’t even been released yet! The book is called Computer Rooms and contains photos that people have taken of their computer rooms. If you want to see it as gear-pr0n you can, obviously, but it’s more about the context of it. The messy IRLity, that very few people get to see. The material context of computer culture, if you will.

And now, Geraldine Juarez of the fresh F.A.T. Lab gave me an award for the book. And what an award! It’s the F.A.T NIKA – “the fake Gucci of the fame economy” and “a 3D modelled object statuette, copied from Wikipedia images of the Greek Nike of Samothrace and Ars Electronica’s Golden Nica”. Hooray!

The book was released and exhibited at CLICK Festival last weekend, and it will be available to order in a few days. Some minor errors that need to be fixed first. E-mail me if you want to be reminded. In the meantime: