A while back I released a collection of text graphics called Goto20. It was really well received at ASCII Arena, and now I've made another one: Goto22. They both use this rather unusual style that is wedged right in between two traditionally conflicting scenes for text graphics: Amiga ASCII and PC ANSI. Basically, I've chosen a bastard style that nobody is supposed to like but damnit it's winning people over, one by one. We call it ANSCII. ANSCIIIIII!! Want to join the movement? I've used Blocktronics' Moebius which is available for Win, Mac and Linux.

I've actually joined the ASCII group diViNE stYleRs and this thing of mine was first released on their Amiga BBS, The Yard. Releasing things first on a BBS is the shit. Ok yeah whatever.

> See the full thing at ASCII Arena (just press 'View Colly') or, you know, scroll down. 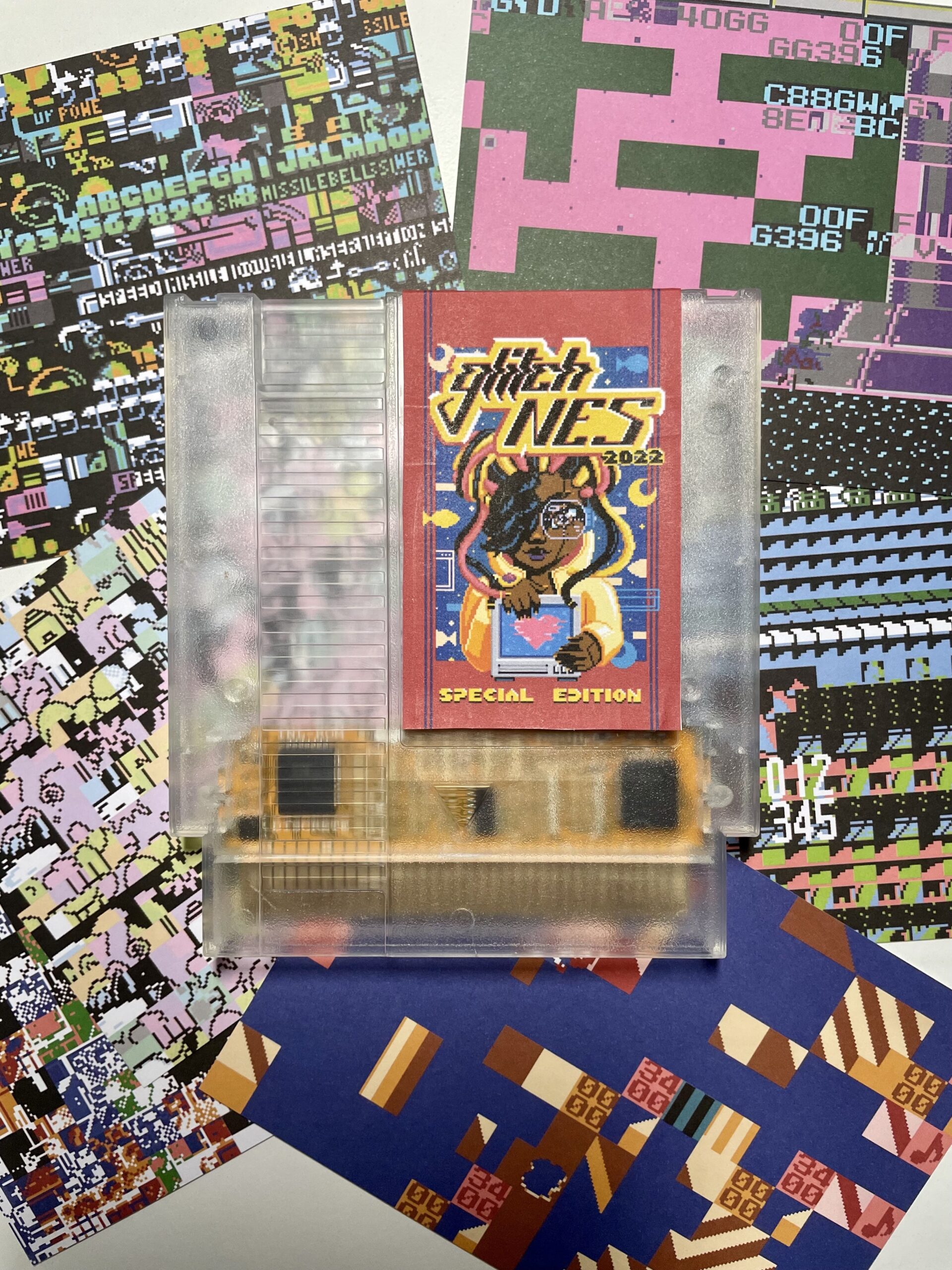 GlitchNES is a NES-software by NO CARRIER from 2009 that works like a real-time glitch VJ tool on the NES. A new version was just released and it includes graphics by lots of talented pixel artists, and actually me. I chose to make a pretend tracker in PETSCII to see that glitched on the NES. It seemed blasphemous enough..

Order it here ($ goes to good causes) and get more info here.

glitchNES 2022 is out! This new, cartridge-only release is a fundraiser to support racial justice and community arts initiatives in the USA. Big shout out to @drOMGp , @InfiniteNesLive, and all the guest artists for their support. https://t.co/EZY1LRLhGX pic.twitter.com/GpAps848nF 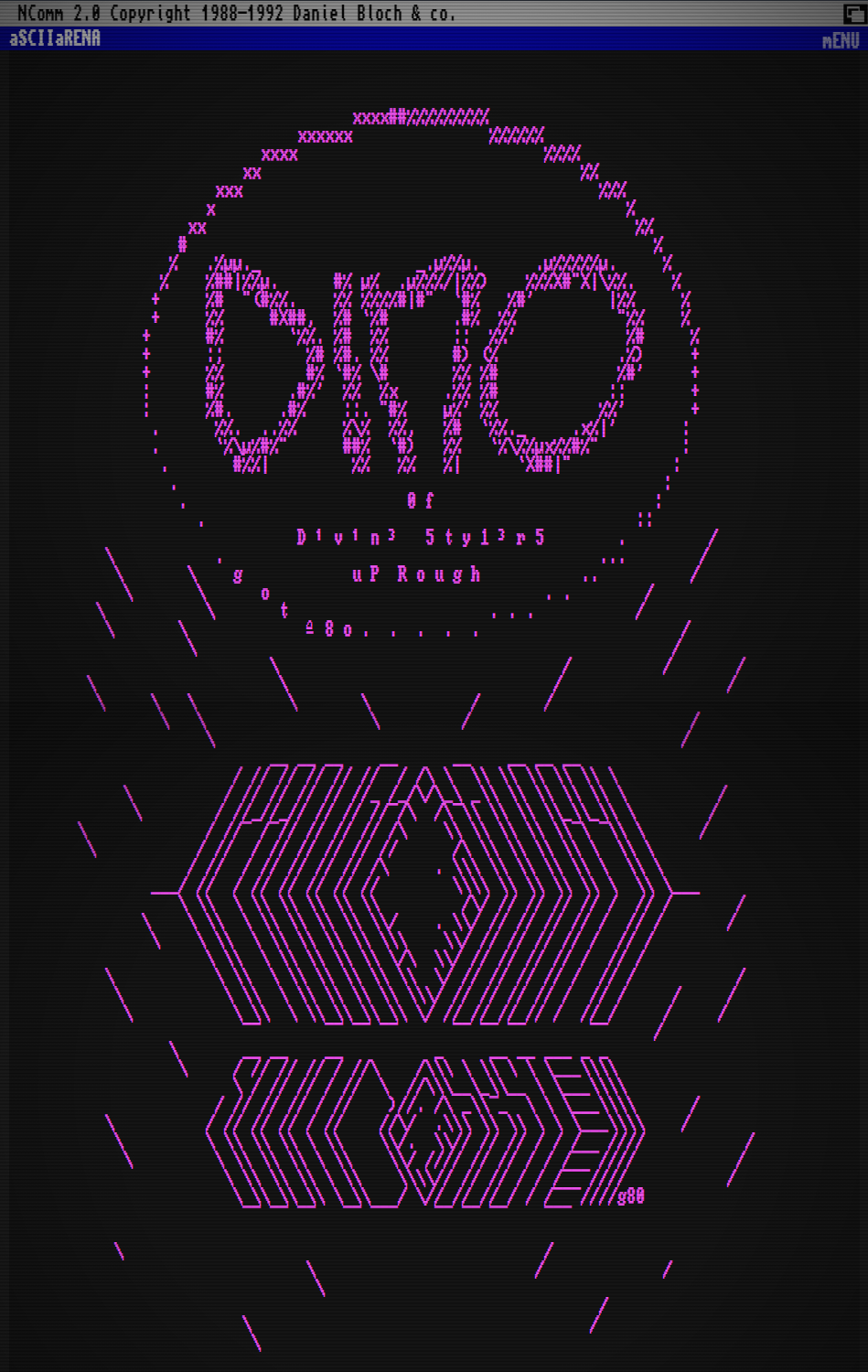 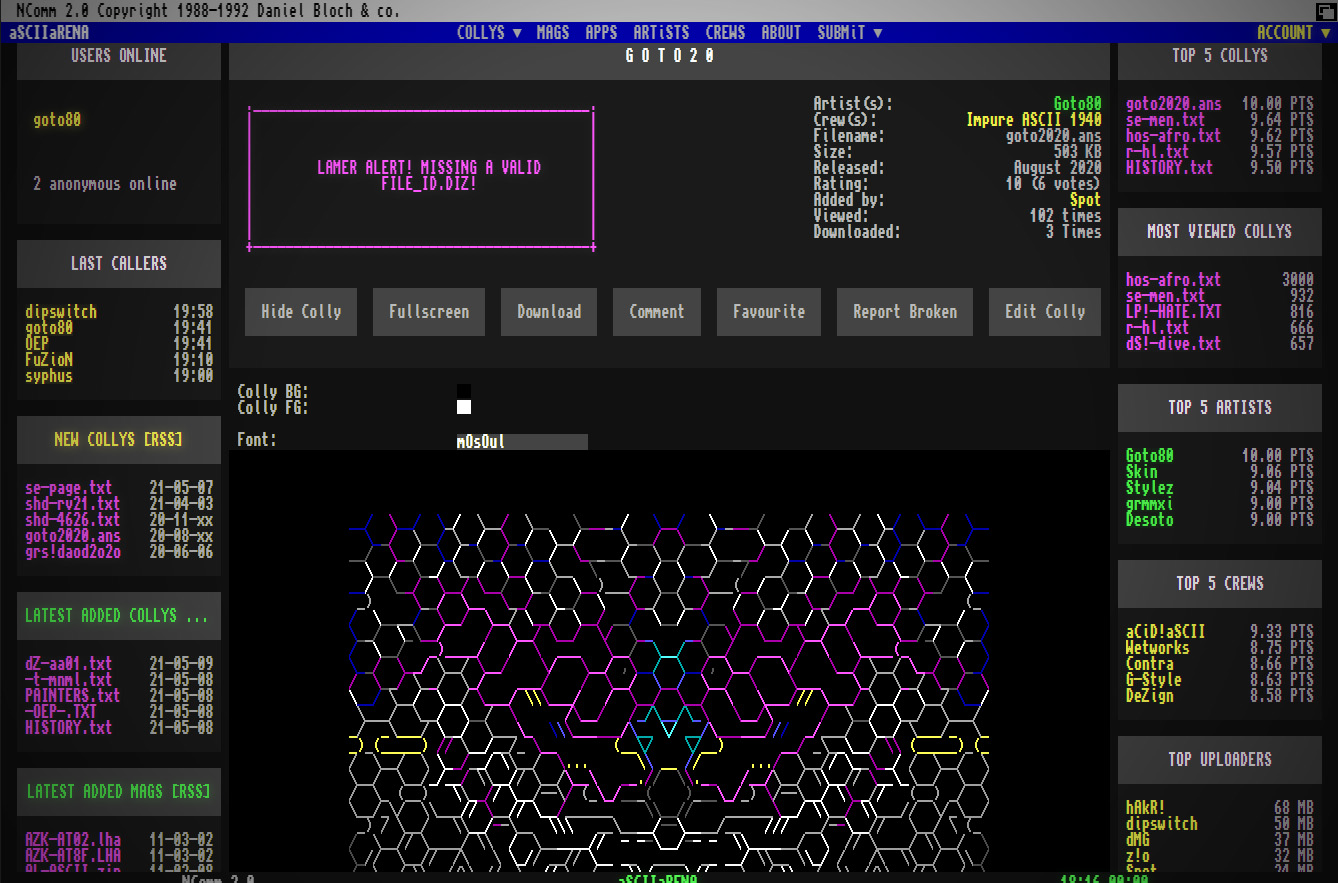 aSCIIaRENA is a great site for Amiga scene ASCII art with comments and votings and walls and charts and so on - kind of like the BBS-world.

The site now supports ANSI as well, so my super mega long ASCII/ANSI-thing Goto20 is there too, receiving some pretty great feedback. So with a few people giving this a top vote it means that that both me and my colly are currently ranked as #1 on the whole site! Wat ze fokk...

It won't last long of course. Let's cherish this silly moment while it lasts.

ANSCII? Yes, it's text graphics made with ASCII-characters (Amiga, with the Mo Soul font) and ANSI-colours. (I think I just made that name up though) This was just out in the latest release from Impure, one of my favourite text graphics crews around. Check it out below or at 16colo.rs.

And btw, I made this mostly with Moebius which is a good place to start if you want to get into this kind of text graphics (or www.lvllvl.com for more Photoshop-style layers and animation action)