- "Birds On Fire Note" captures what sets Carlsson apart from gimmicky chiptune artists. The heaving bassline on "Monday Night," for instance, rivals any modern techno or dubstep track. Floptrik sounds like literal computer music. It's not always easy listening, but it's a fascinating extension of the CPU aesthetic."
- Andrew Ryce, Resident Advisor

The programs are remixes and visuals, all contained in a 170 kilobyte disk image. They can be played on a Commodore 64 or in an emulator (instructions here). The remixes sound different every time they are played, by re-arranging the song and changing the instruments. The visuals are all in C64's colourful ASCII-mode, PETSCII, and were made by Raquel Meyers, Linde, and Johan Kotlinski aka Mathman. See below. Originally released in the demoscene.

"Bet you didn’t know the Commodore64 could make dance floor jams like this."
-  Sedge808, including Floptrik in a Best of June list. 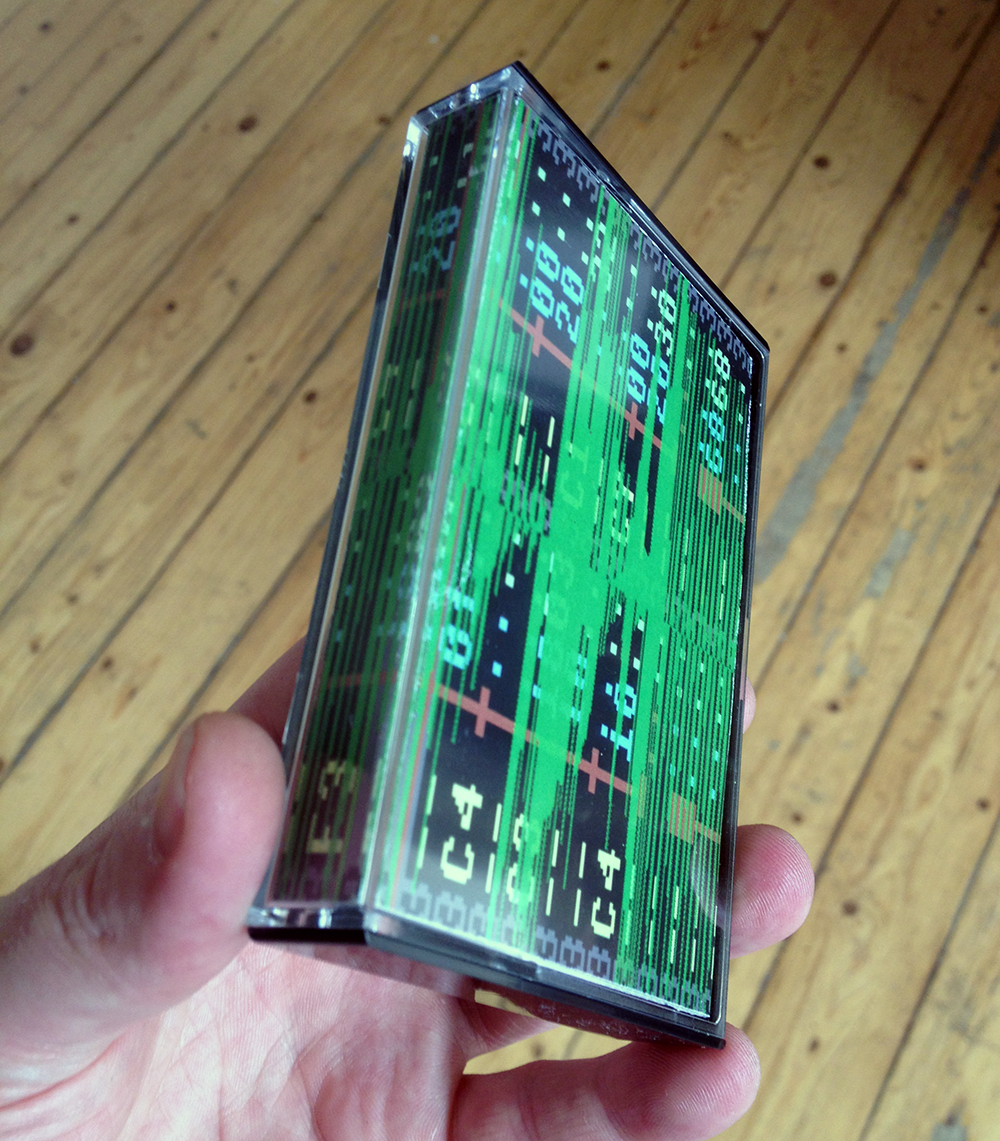 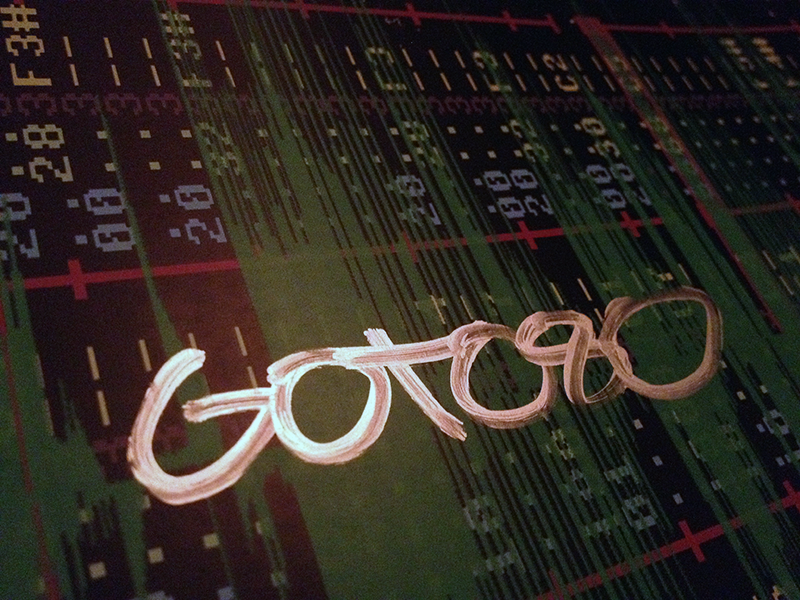 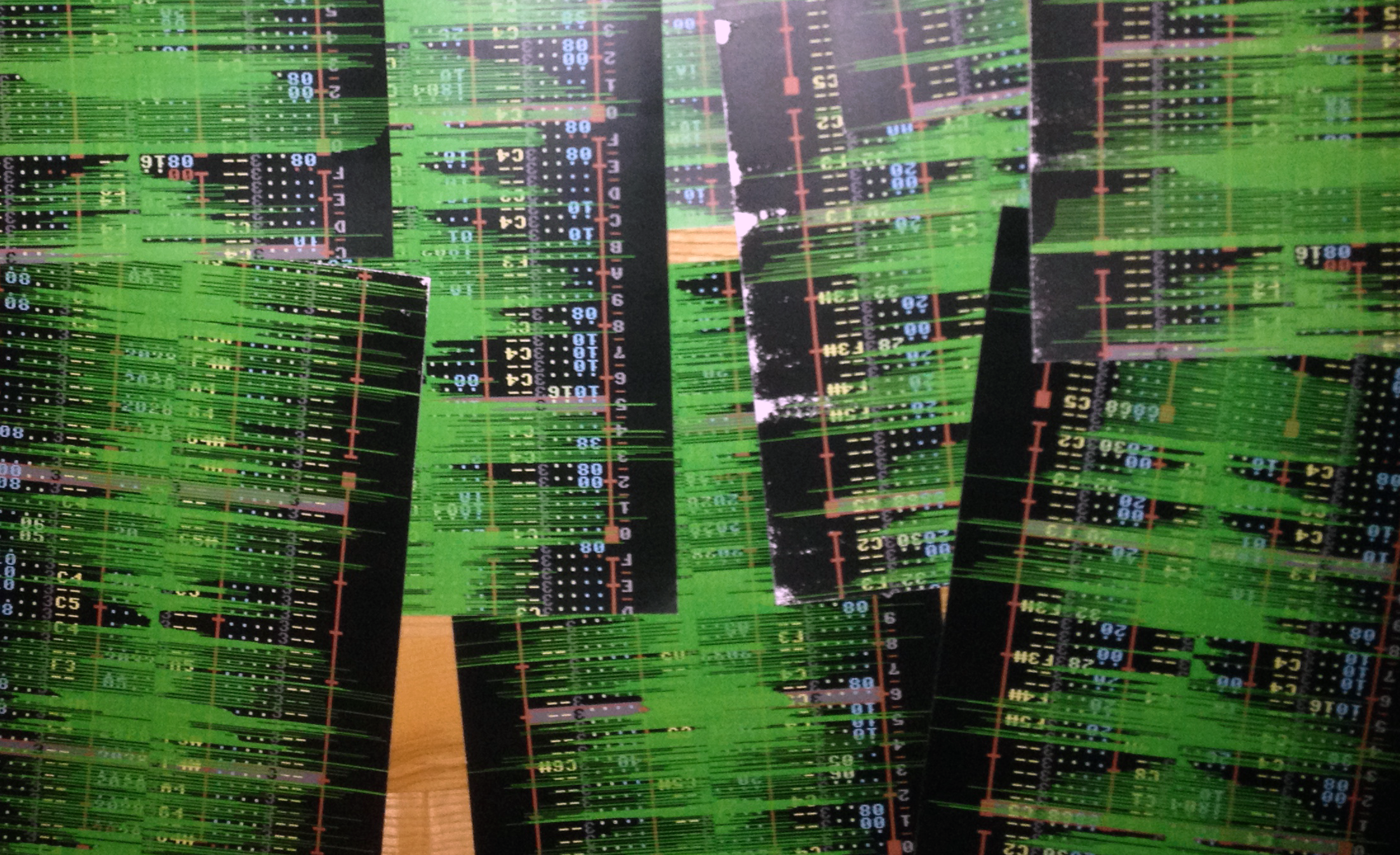 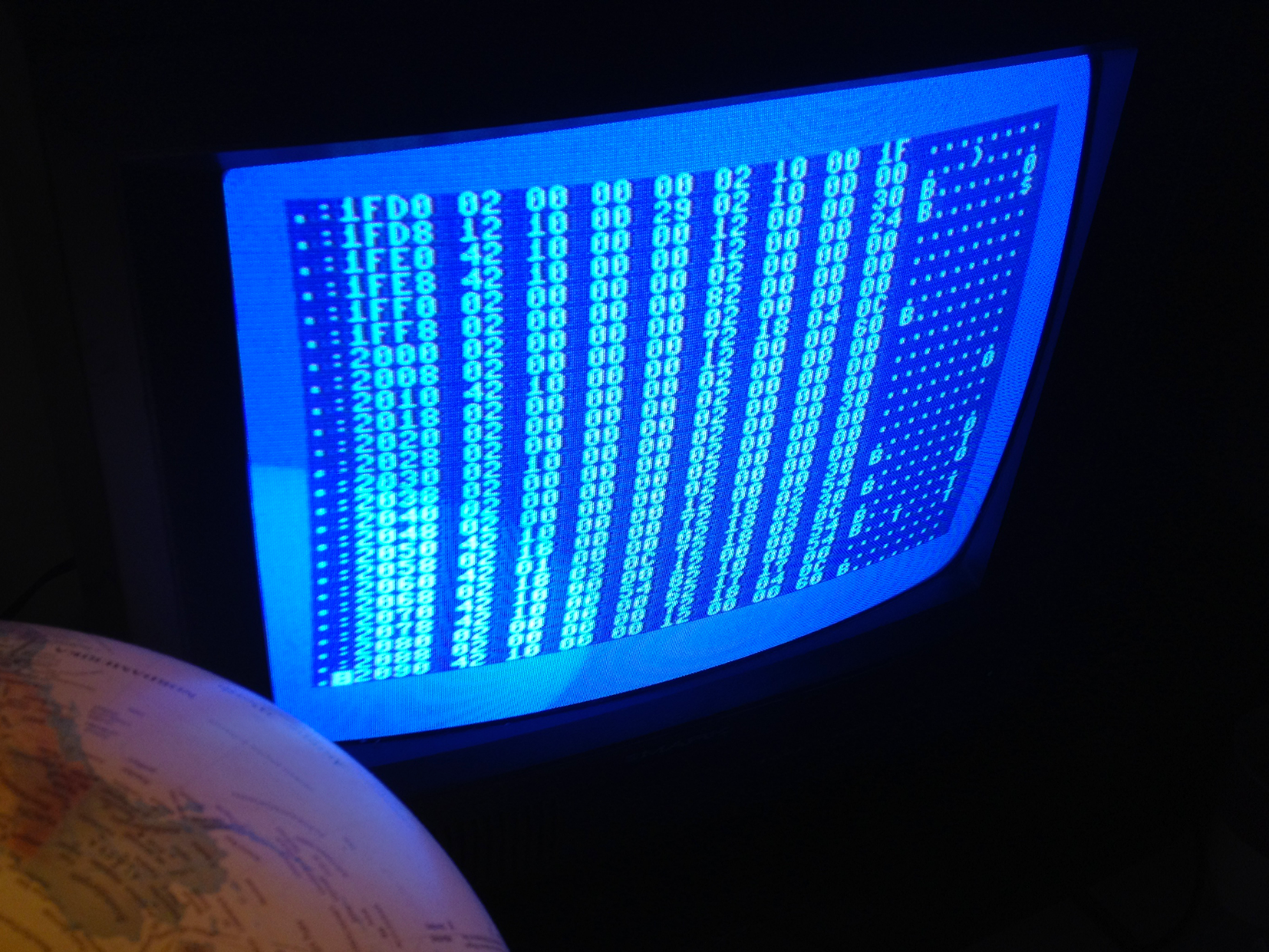 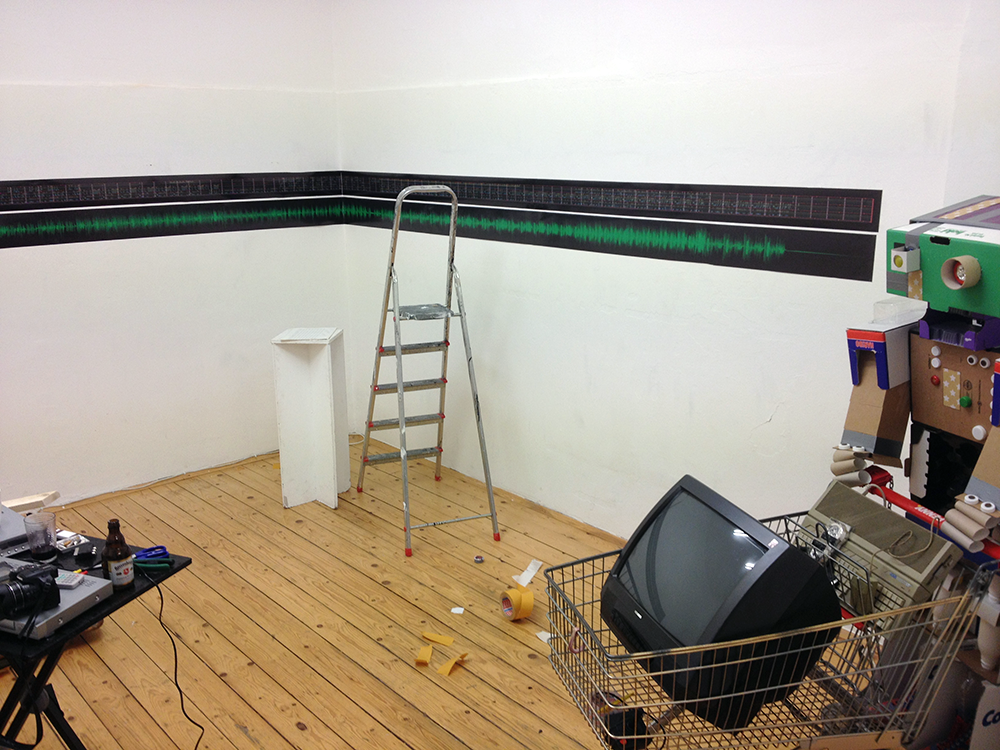 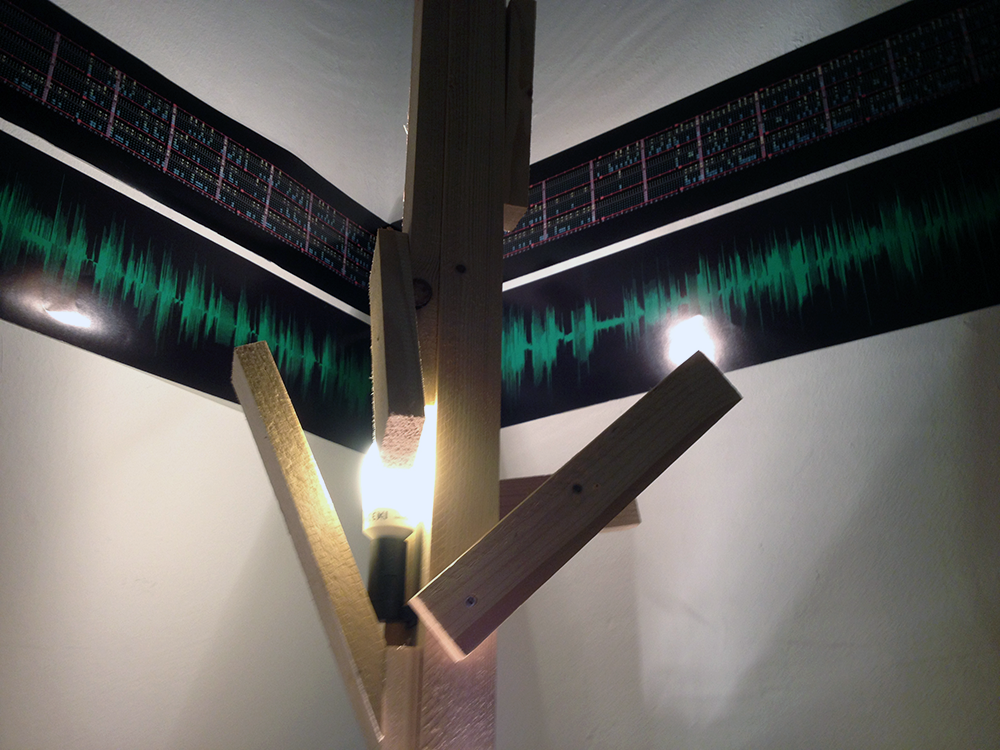 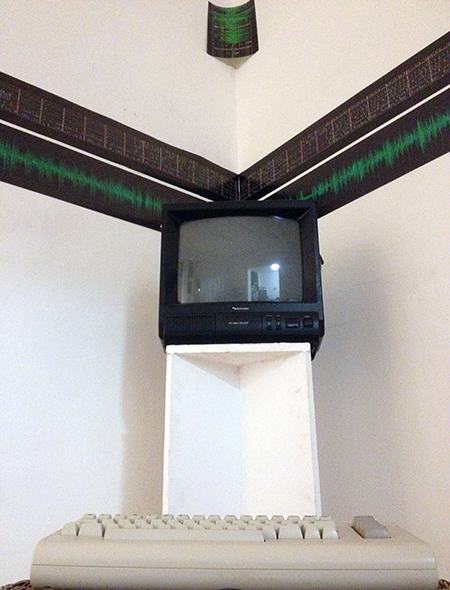 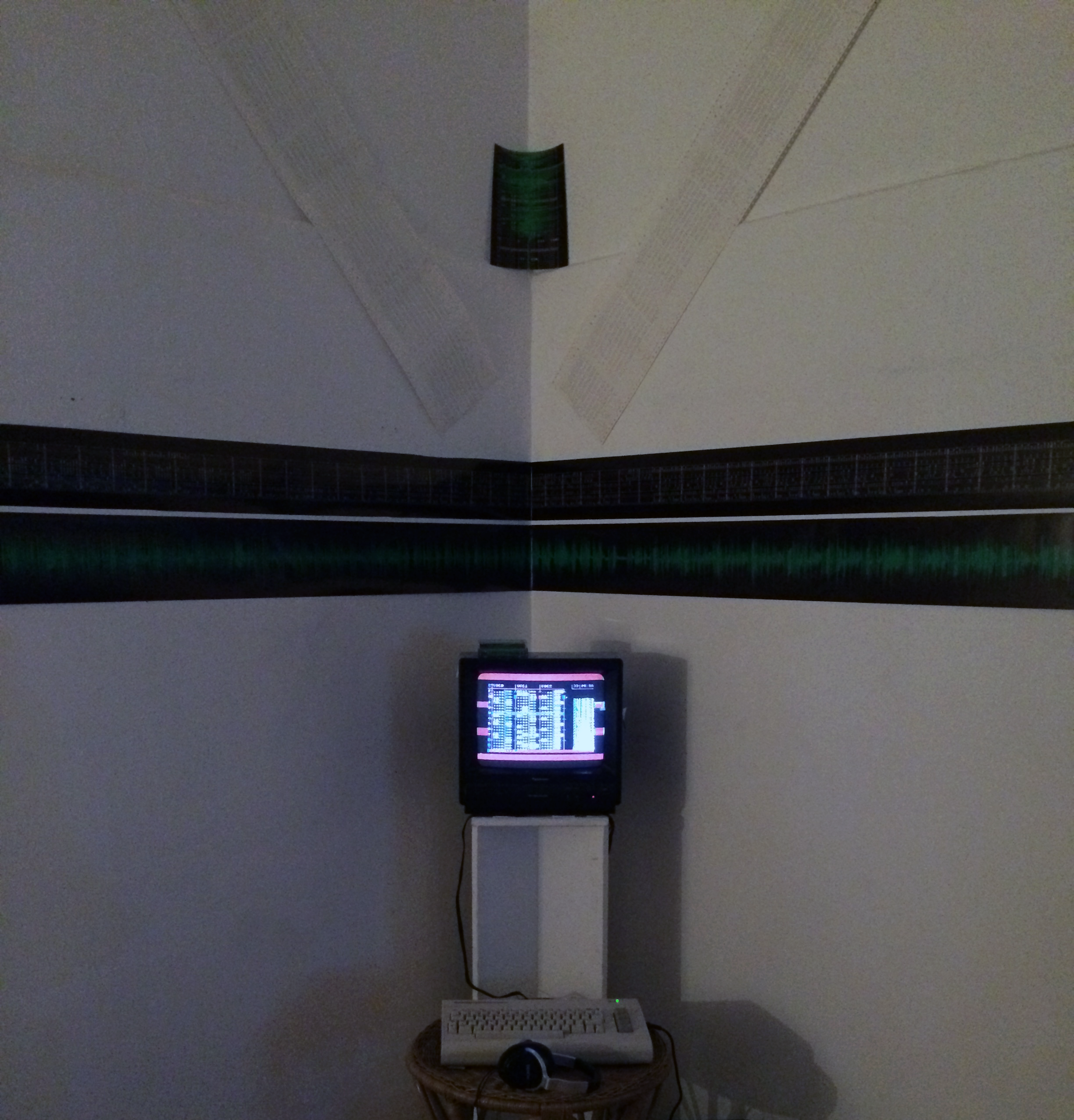 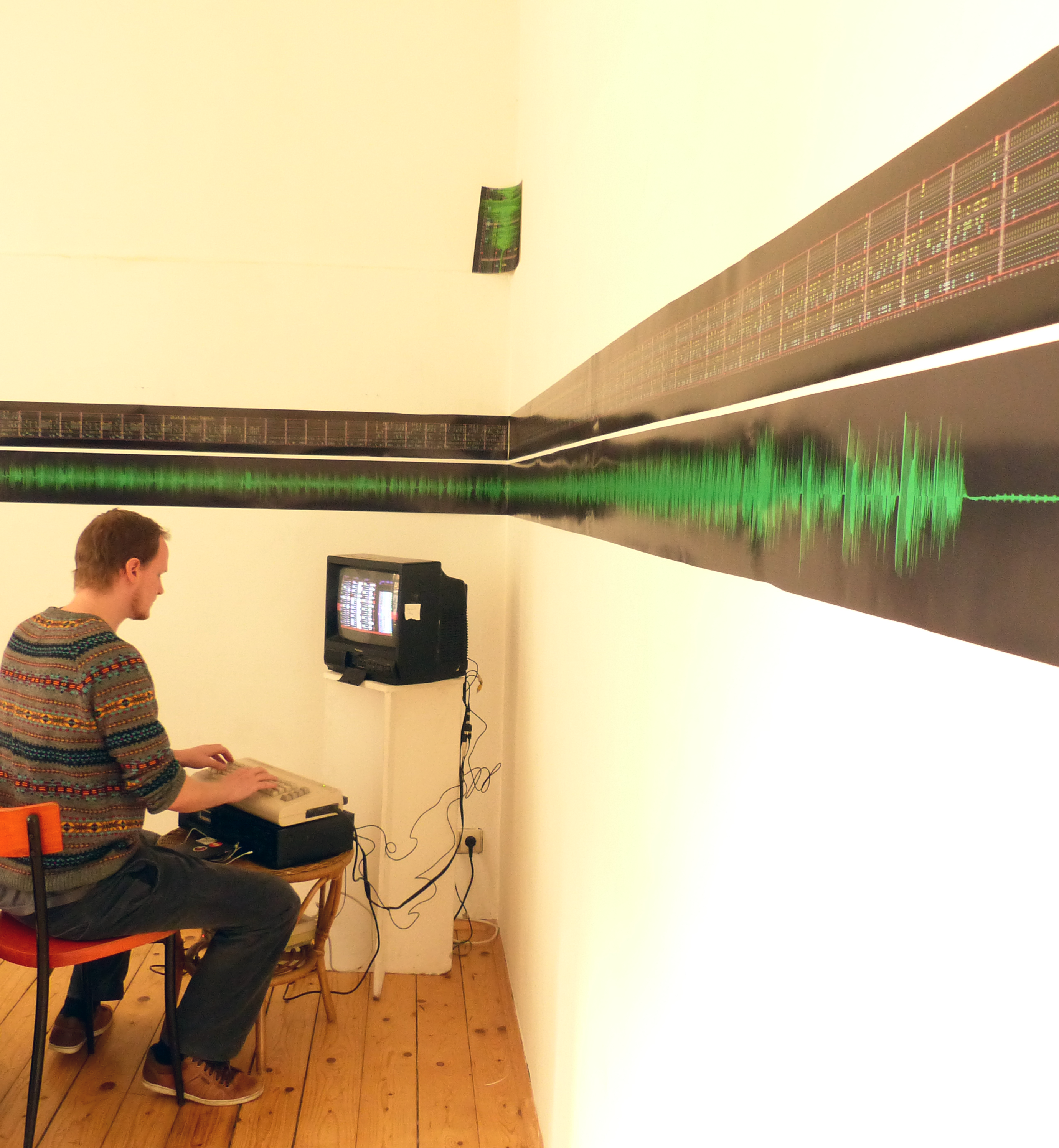 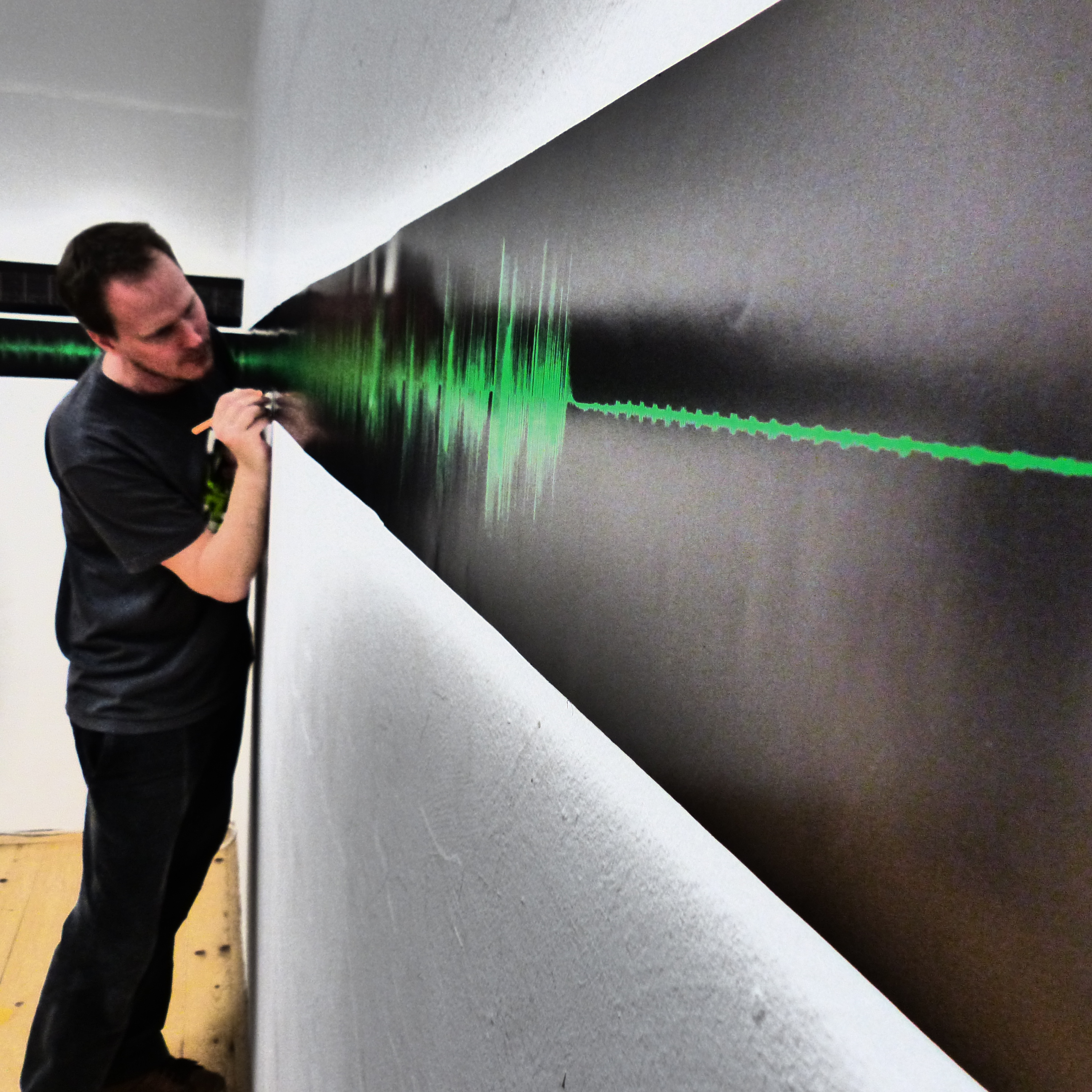 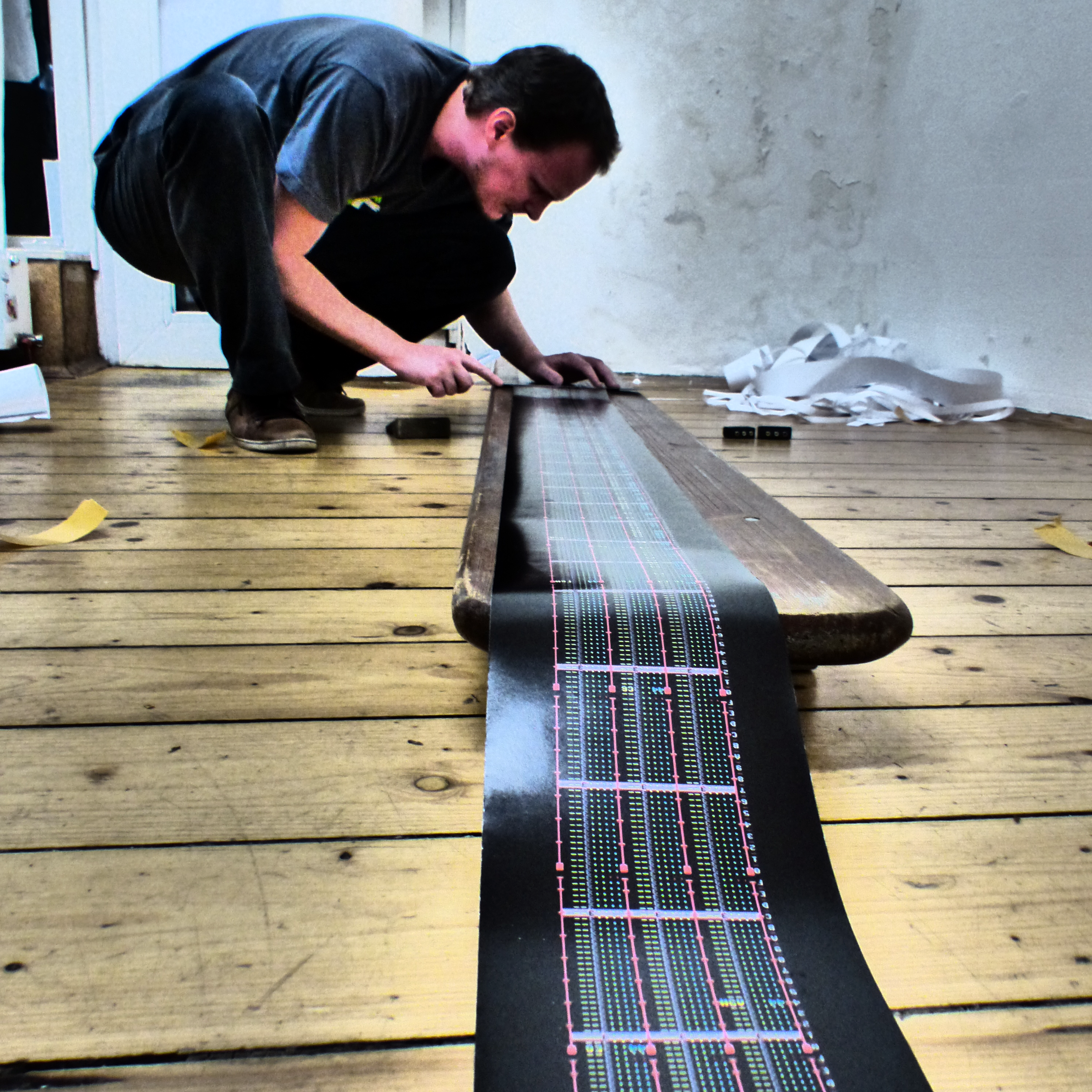 Datastorm is a demoparty. That means that you go there, make some stuff, throw competitions, and see who wins. There is no money involved. And no CVs. No big prizes. No academic explanations, and no PR. It's like an oasis of freedom. Although there’s too many middle-aged men with bad taste, it’s an incredible thing.

For this year's Datastorm, me and my Hack n' Trade group members didn't have much prepared. But we managed to get a demo together in just two days, and I finished a ballad (!) for the competition too.

Fist of Trade is a sort of spooky typewriter-style animation that only uses PETSCII text characters. I made the music, Acid T*rroreast animated and Mathman programmed the codez. Features amazing four-directional PETSCII scrolls, stone faces and gabber fists from hell. I think the video is made with an emulator, because the sounds are a bit off.

The Great Ballad of the Storm That Never Ends is a futurist ballad from the past. Probably the most calm compo tune I've done since that Ajvar Relish dub from 2001. Big thanks to 8GB for some excellent progamming help.

Also the hot crew Afrika used my music for their demos Wasting Data (elite glitch) and Kebab Pjuck II (shoe fetish). The songs are not played correctly so they sound very good.

L0v3 byt3s (NSFW) is a PETSCII-conversion of the old xxx-movie Love Bites. We made it as an impersonation of Vuk Cosic, famous for his ASCII-conversions of Deep Throat among other things. L0ve byt3s was made for Daniel Temkin's exhibition Netvvorth, December 2013.

I made the music together with Zabutom and Linde, Johan Kotlinski coded it and Raquel Meyers did everything else.

The music is basically several long jams, pretty much unedited. The first one is me on defMON and Zabutom on some sort of modular synth monster. We recorded it in the Academy of Music and Drama in Göteborg - the perfect place for pr0n-music!

Somewhere in the middle this FM/ST-01 jam starts with Linde, and then more defMON and so on.

20 Years Is Nothing (video)

This C64-production celebrates the 20th anniversary of Hack n' Trade, a group I started when I was a pre-teen Guns n' Roses hacker. For this demo called 20 YEARS IS NOTHING I made the sounds, Acid T*rroreast (Raquel Meyers) typed the visuals, and Mathman (Johan Kotlinski) did the magic coding.

The visuals were really typed by hand, one by one on a Commodore 64. No undo function. I think it was something like 50 000 key presses for the whole thing. We made it in a few days, and it was a process with lots of twists and turns, so the music could've been better (especially since I did a lot of it at a place like this).

Thanks to Lemming/Offence/FIG for capturing it properly. Not an easy task!