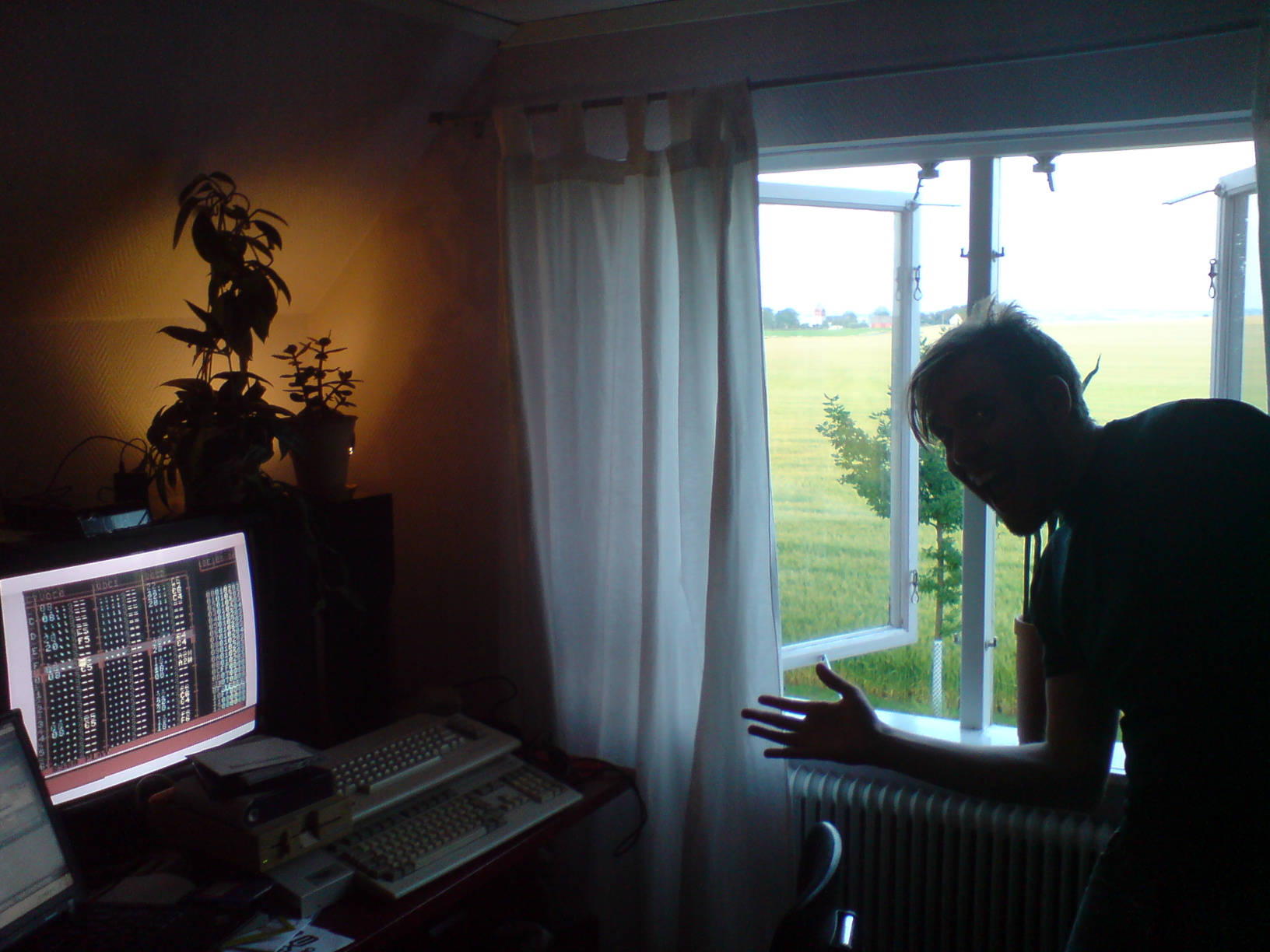 I was at Little Computer People 2009 – the largest 8-bit demoparty in Scandinavia for 15 years, with about 150 people.

I was happy to win first prize with Automatas in the C64-music competition. I spent the week before at the countryside, composing a song specifically to win the compo according to my algorithm. But after a while I gave up to make a good song instead. So obviously my algorithm was wrong. It is an 8x-speed song made in Defmon, meaning that it accesses the SID-chip 8 times faster than usual. This gives you a higher resolution of all the tables, faster slides and LFOs, etc.

In the Amiga music compo, I came second last with my song Konkurs Data. The sounds used are mostly textfiles, pictures, executables, etc – sweet data that Protracker eats perfectly. It is not the recipe for winning demoscene competitions.

Some of the releases I enjoyed especially was the Amiga songs by Yonx and Qwan (mp3s), Zabutom’s Space Fish, Mortimer Twang’s Seved Skweeeeeeeee, Jucke’s Where is Dino?, LFT’s Power Ninja Action Challenge (custom hardware, mp3 here), and many more! Get all the releases and photos