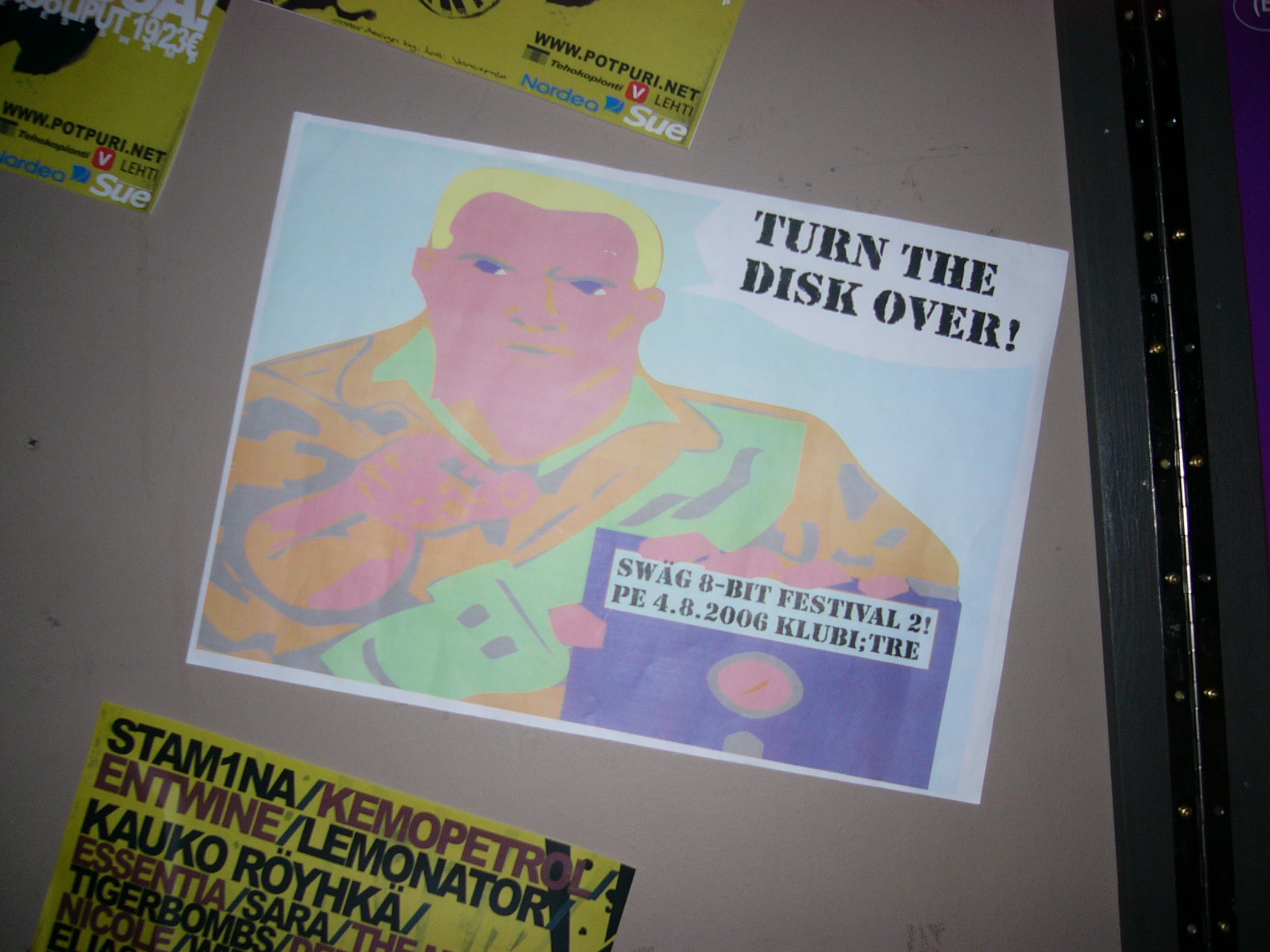 As a warm up for the summer, me and Dan from Jossystem were (supposed to have been) working on our audiovisual propaganda in May. And we did a gig at the wonderful Oro Gallery in Gothenburg.

In July we did a gig at Backslash (Robots + Naked Chicks + Lasers) and then hung around in the Jossystem HQ in King’s Ear for a week, doing some heavy data work. That’s when I got into Myspace. :) We finished off our data psychosis with a gig at Arvikafestivalen. We didn’t play as a part of the festival really, but in the tent of Galago/Vertigo/Ordfront by the entrance. Chaos ruled the gig, and afterwards I found my C64-disks in the dirt, stomped on by the mad crowd! Woops. I spent the night in the tent of Bromander and Amaurot, but I managed to keep my clothes on. Well, I had to because it was freezing and I didn’t have any sleeping gear. I got up early next morning and took the train to Gothenburg to play at the internet headphone apartment festival (!?) Totogo. I was sort of trashed when I got there, and I tried my best to clean my C64-disks so they would work. Some of them did, but I lost some of newest acid-tracks. Error! Error! Brrrrrr!

We also made a mini tour in August: 8-bit festival 2 (Tampere), Assembly (Helsinki) and Pirat-fest (Stockholm). Finally I got to go on one of the ferries between Sweden and Finland. They’re famous for being trashy, tacky, lo-fi, alcoholic, sleezy, etc. It was great! The photos and videos we took during our trip (and nothing more) were used to make the Volksing-video. Here’s three of them: (shot by Björn Bengtsson) 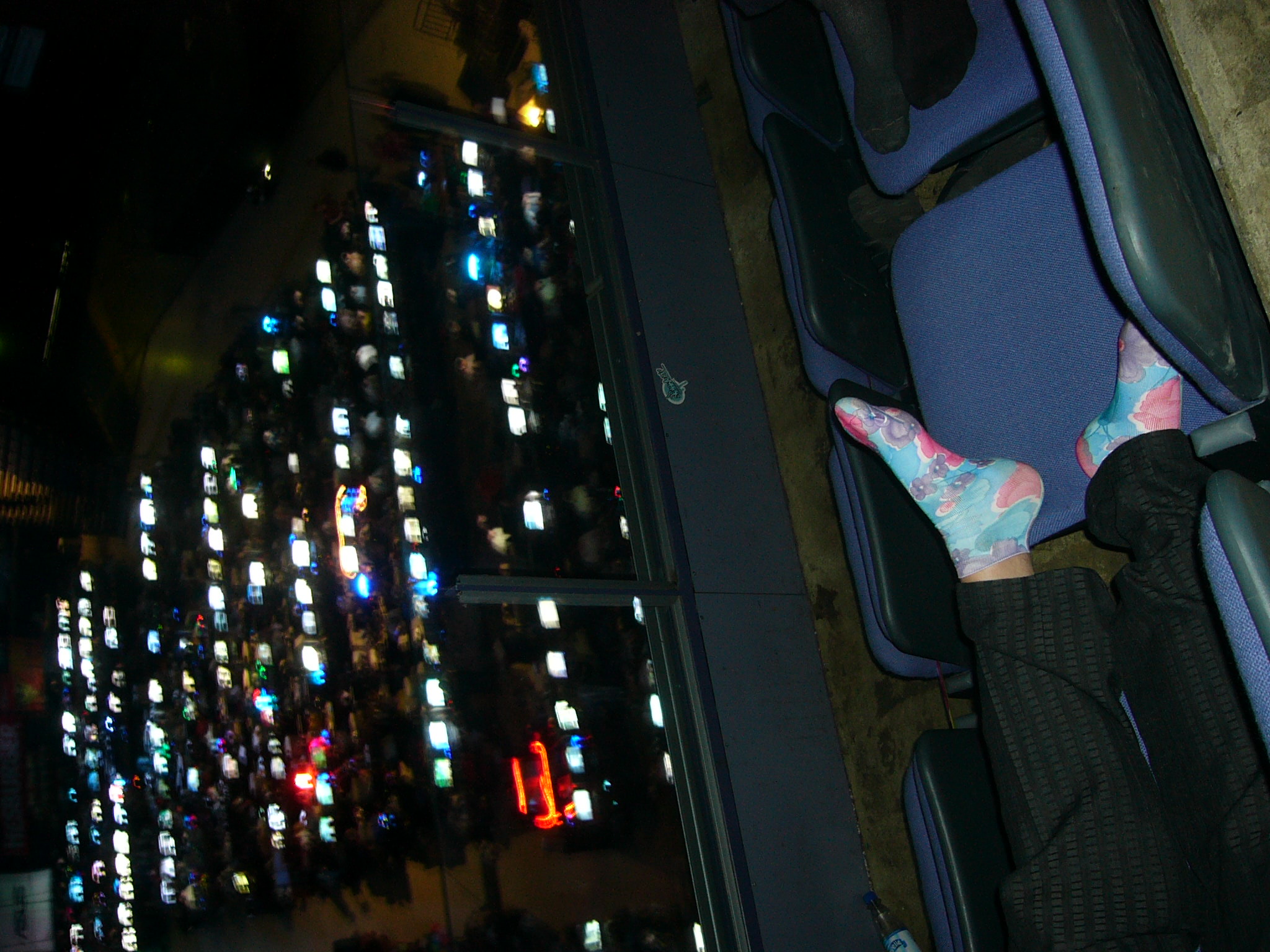 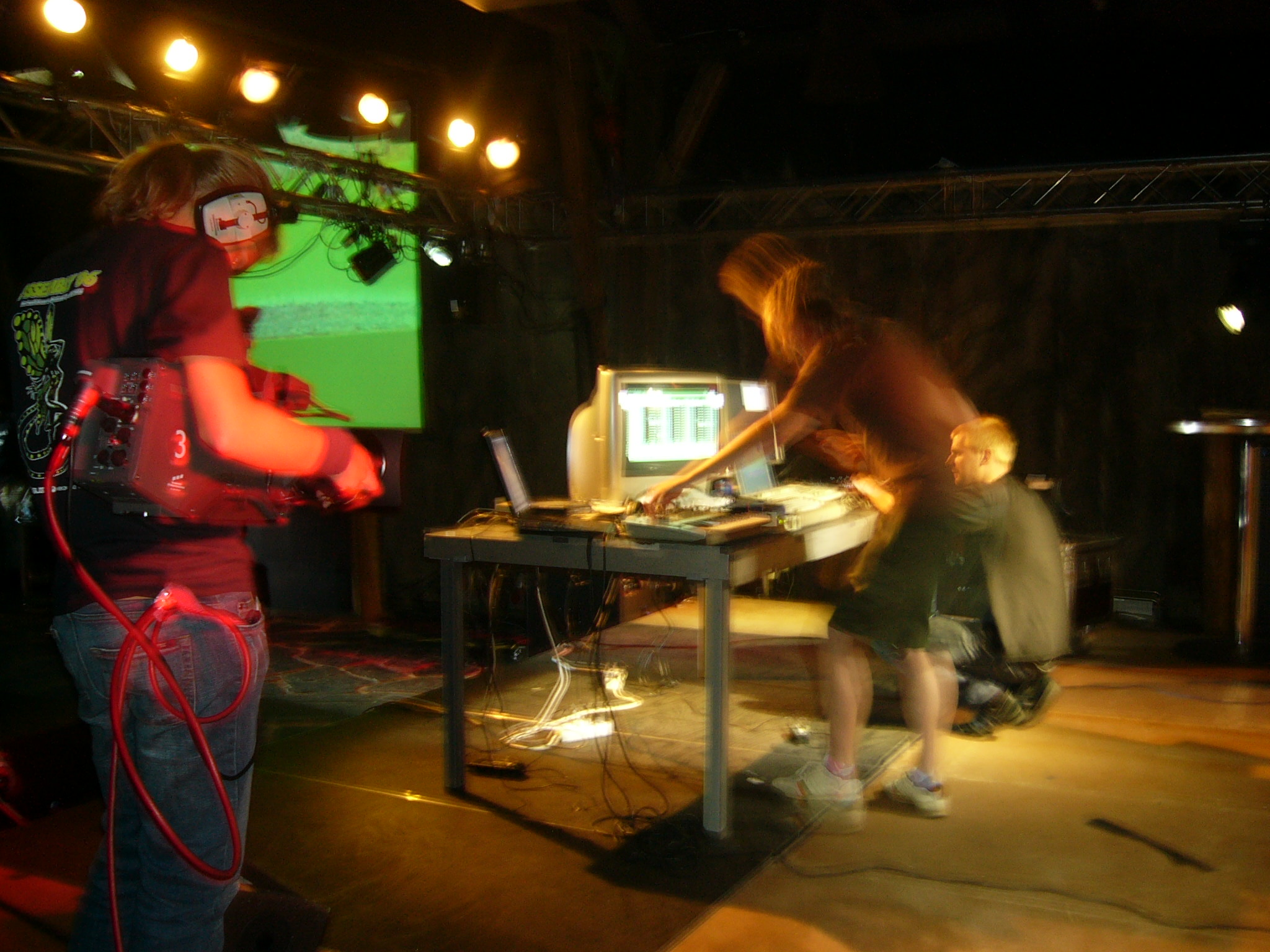 swingin’ an a filmin’

And there’s a video of my gig at the 8-bit festival.

The party in Stockholm was arranged by the big and beautiful Piratbyrån, and it was a good ending to another mini tour. Rickard Falkvinge was there to see the massive release of Jossystem’s Jag heter Rickard Falkvinge. Björn Bengtsson and Psilodump took photos, and here are the absolute worst ones. (unhealthy insomniac ferry style)

We also made more shows this summer together with Entter, but that’s a different story!