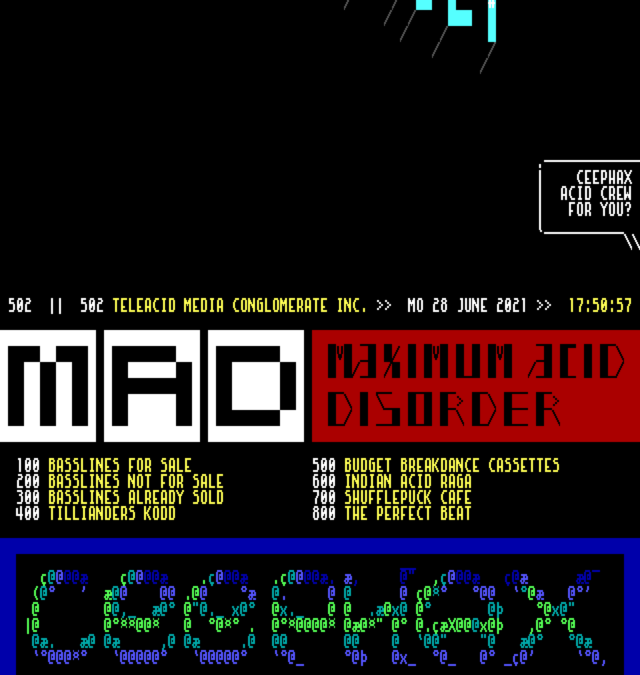 A while back I released a collection of text graphics called Goto20. It was really well received at ASCII Arena, and now I’ve made another one: Goto22. They both use this rather unusual style that is wedged right in between two traditionally conflicting scenes for text graphics: Amiga ASCII and PC ANSI. Basically, I’ve chosen a bastard style that nobody is supposed to like but damnit it’s winning people over, one by one. We call it ANSCII. ANSCIIIIII!! Want to join the movement? I’ve used Blocktronics’ Moebius which is available for Win, Mac and Linux.

I’ve actually joined the ASCII group diViNE stYleRs and this thing of mine was first released on their Amiga BBS, The Yard. Releasing things first on a BBS is the shit. Ok yeah whatever.

> See the full thing at ASCII Arena (just press ‘View Colly’) or, you know, scroll down.