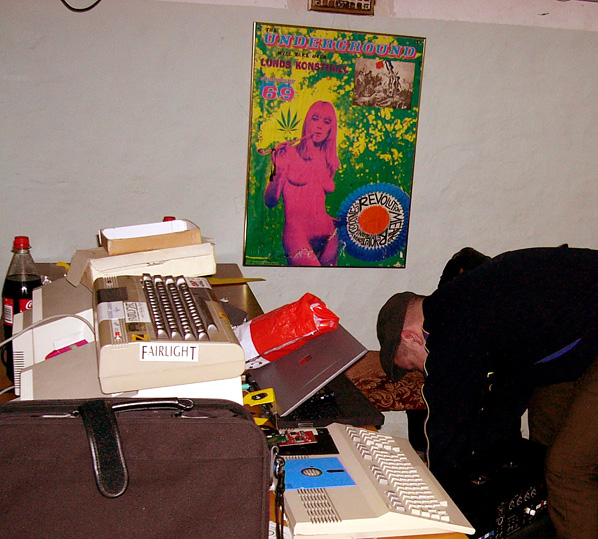 I was in a basement in the south of Sweden last night, where the Commodore 64 demo scene elite d00ds gathered in some sort of oldschool worker-revolutionary book café …. thing. St Lars Meeting!. Nice sweaty crammed data action battlez by the Swedish (and other) C64-elite. I made a song at the party which was called Köttlars. (Play with VICE) It got first place in the competition, after settling it in a joystick shake-until-they-break Tour De France session with Zzap64. My song and visuals are in the finest of data trash traditions, and everytime the song is looped it’s slightly “remixed”. (Thanks to Mäts for coding the visuals.)

Talking about demoscene data trash… Check out the C64-demo Industrial Breakdown by Booze Design, the Vic-20 demo Robotic Liberation (youtube) by PWP, and the modern demoscene datatrash-stuff by the Slovakian Zden. Check out his demo PC-demo Metamorf for example.