The new site is here 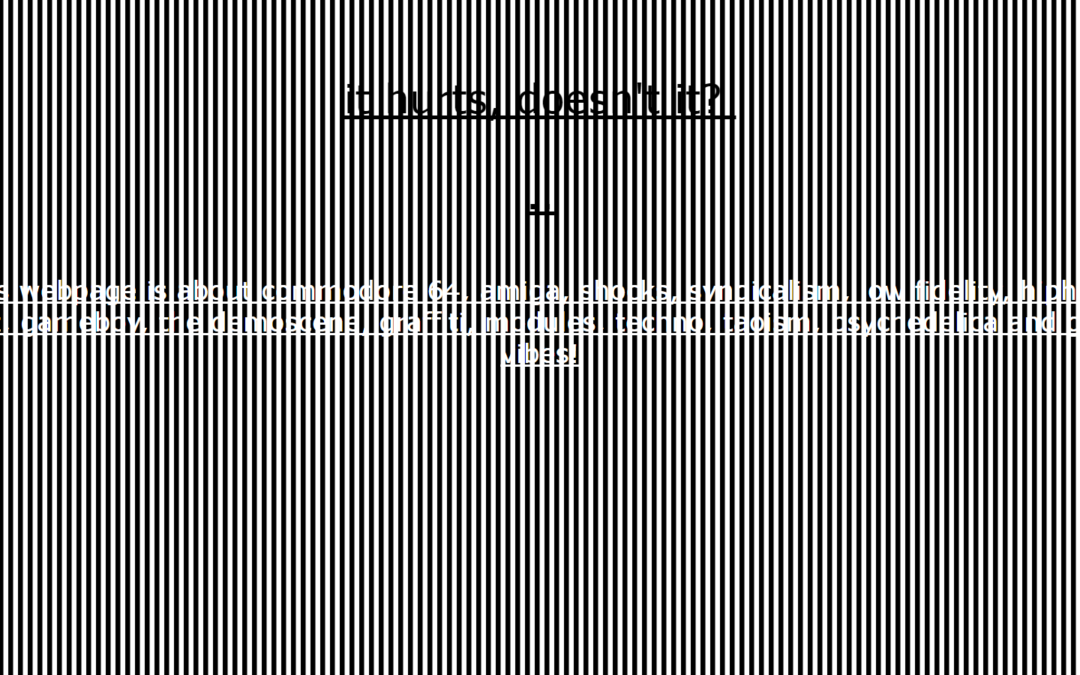 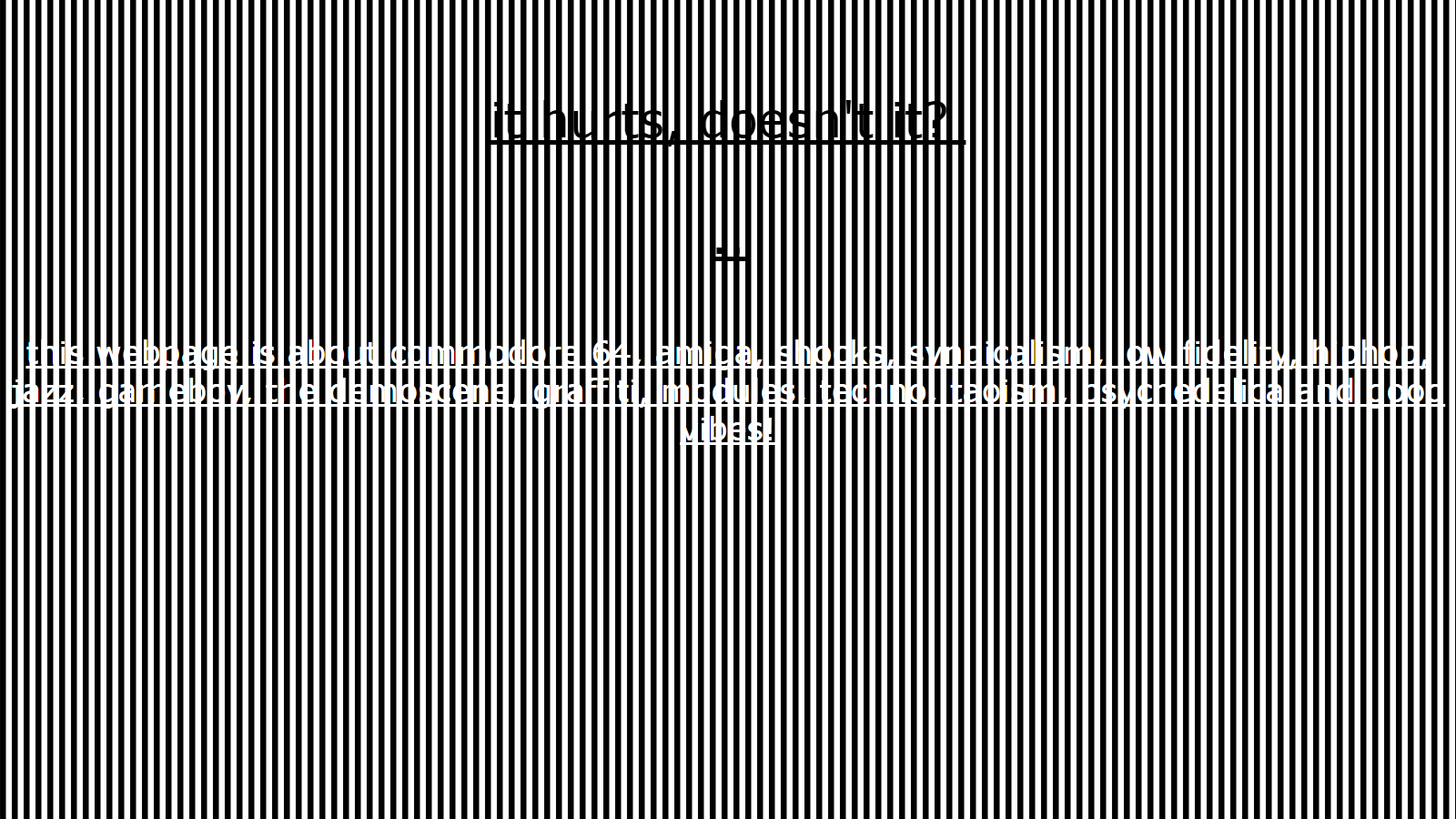 As some of you may have noticed, this site has had an extreme make-over for a while now with huge help from Spot/Up Rough. It’s still under construction, but I think I finally have a website that makes some sense. I really liked the previous awarded PETSCII site (by Raquel Meyers) but it was made in 2011 and it has run its course. So, enjoy the modern internet experience!

While looking through the server, I found a lost folder in the archives with lots of old sites of mine. It might be a mistake to post them now, but who cares? The oldest one I could find was from 2000 and is shown above. Full of teen angst, bla-bla… I think this one was at bizarr.blip.com/~goto80

This is the first page of the site from 2002 that works a bit so-so nowadays. It almost looks like a crappy version of the synthwave aesthetics of today?? Hm. Well, this one was at goto8o.boprecords.net iirc. 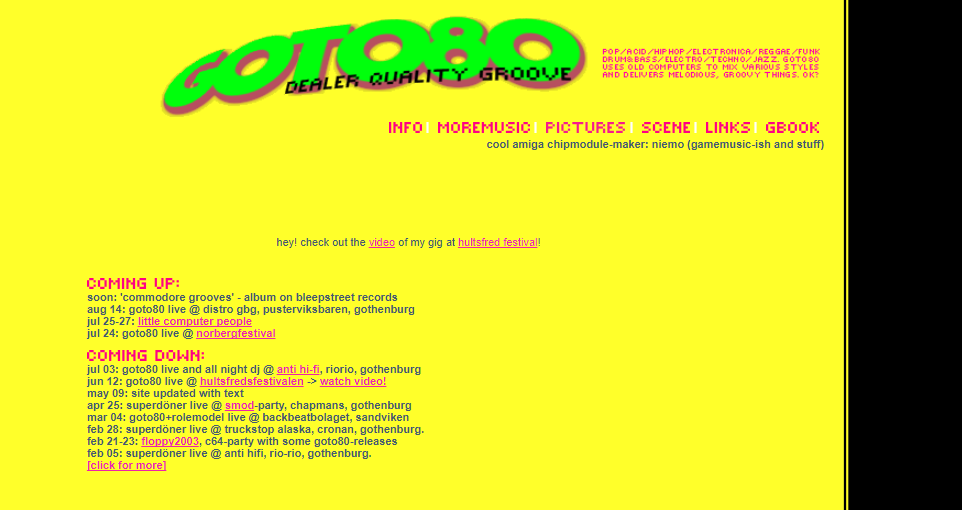 For this yellow 2004 site, I registered a subdomain at a pr0n site: goto80.myhardman.com. When I left that domain, it stayed alive for many years with absurd generated stuff combining Z80-processors and gay pr0n. 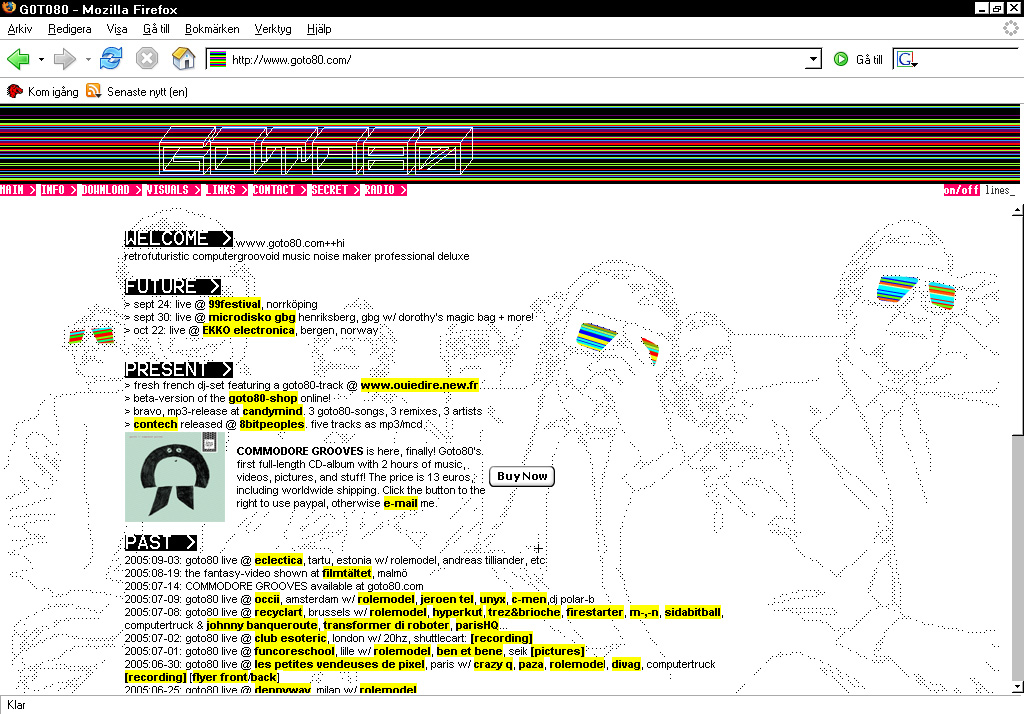 Entter’s 2005 site was based on the Fantasy-video and had a long and healthy life. It’s good to have the decrunching rasterlines back on the site now! 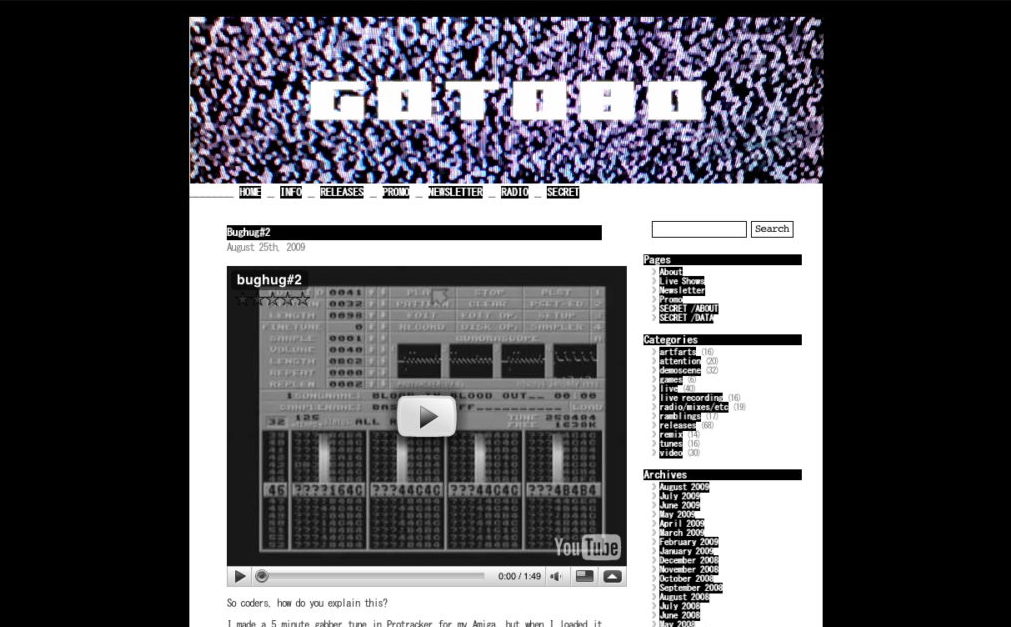 In 2008, the site became a WordPress blog and I spent plenty of time to get as much history as possible into the archives. You know that you can go back to 1993 in this blog still, right? No? Ok. After a while I got tired of the standard WordPress look, and I tried to make something GIF-freaky in 2010 but finally decided to go for something else. 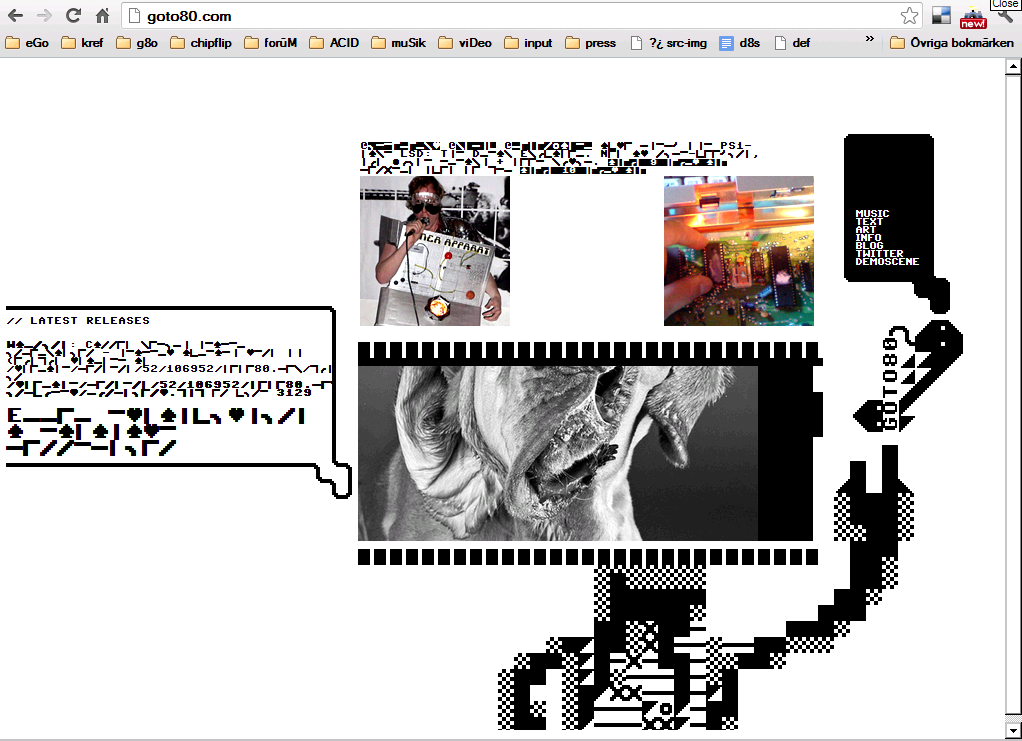 This design from 2011 was made by Raquel Meyers. Beyond the landing page it was a side-scrolling WordPress blog and I was perhaps the only one who found it to be a perfectly reasonable internet cyber site.

Now, with the 2017-redesign, I think more people can appreciate this place. And I guess that’s good? I’ve also fixed a lot of linkrot (since the blog part has been around since 2008). I fixed no less than 320 dead links. which was a good reminder of the short memory of the internet. I’ve replaced the dead links with Wayback Machine backups where possible, but lots of releases and recordings and art works seem to be lost forever. It was during this process that I decided to make some of the lost releases available at this new Bandcamp page that I didn’t tell anyone about yet.