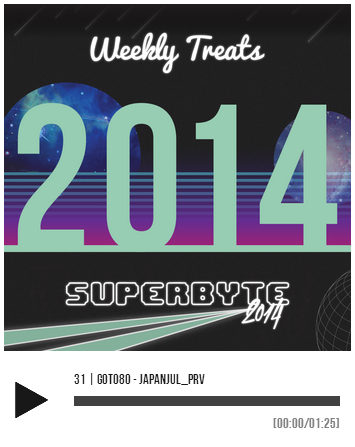 Japanjul_prv is a cover of a Japanese christmas song that I made for a compilation many years ago. It might be around in some hard drives, as it was released in a Pingipung christmas thing once. But here it is again, more easily available.

It’s released at Weekly Treats, as Superbyte (a festival I’m playing in Manchester in September) is putting stuff out there this week. It’s bound to be a good festival with people like Zabutom, Jellica, Steve, Kodek and many others are playing there. Don’t miss out!