Robot music is an ongoing robotic research project between me and Jacob Remin, centered around automation, creation and loss of control.

The project was initiated in 2017 and has been shown in various forms at Illutron (Copenhagen), Algomech Festival (Sheffield), Internetdagarna (Stockholm), 34C3 (Leipzig), among others.

Central to robot music, is robotic arms that play music on a Commodore 64 and other sound machines. The robot remixes pre-made songs, or makes its own.

While the robot performs, we sit next to it to talk to people about robots being “creative” and “stealing our jobs”. 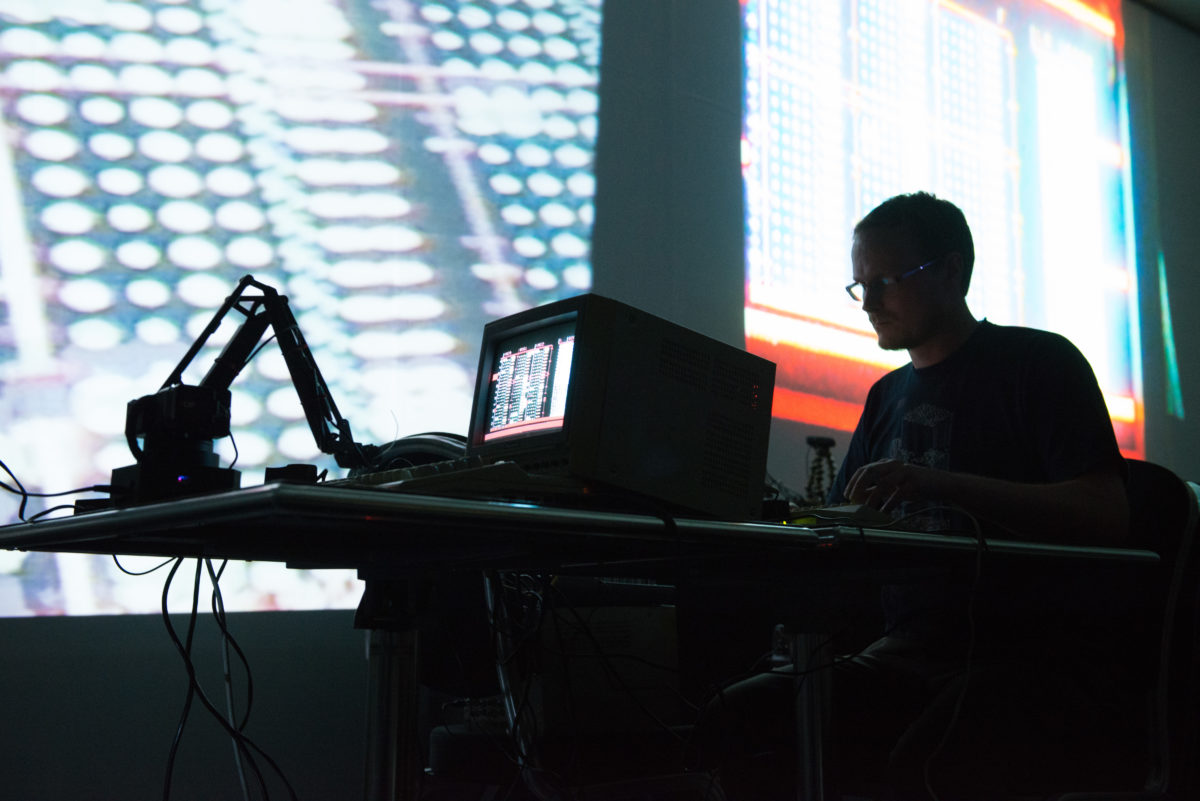 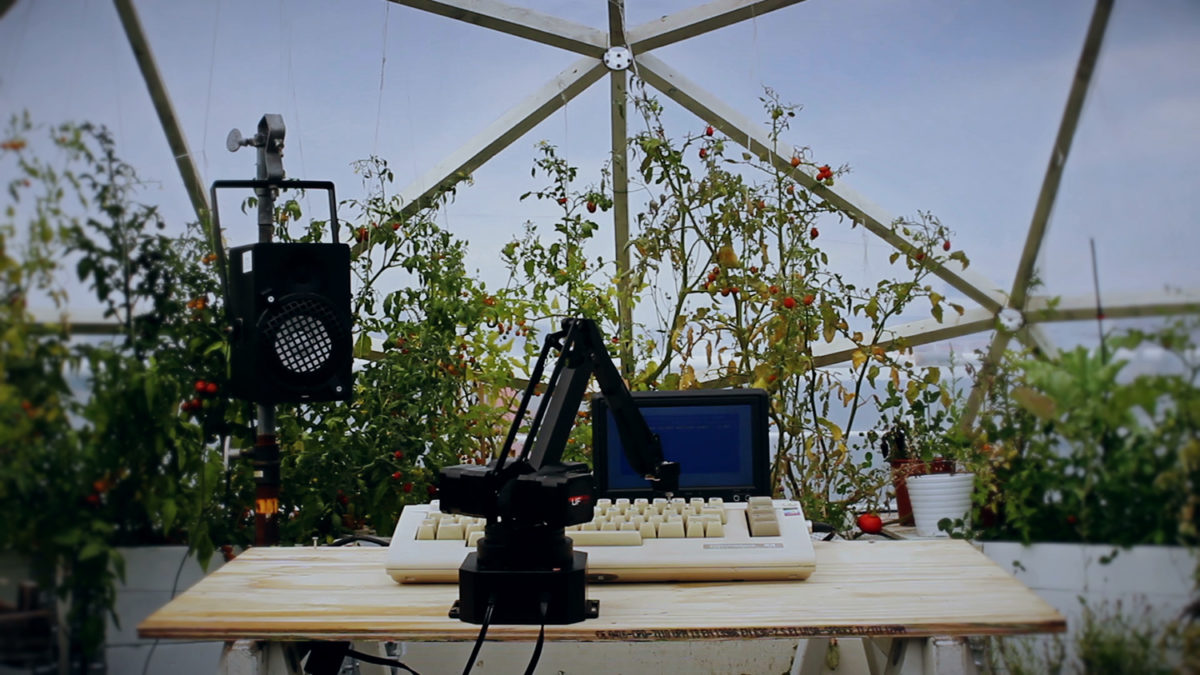