Micomonocon is a music game where monkeys try to play human acid pop. Set in a luxurious text mode environment, your mission is to prevent chaos and promote business. Do you have what it takes to be a top monkey?

Made by Raquel Meyers, Jens Nirme and Goto80 2013 for LA Game Space. Get it at gamepacks.net. Micomonocon runs on Windows, Mac and Linux and requires Java.

Practice your secretary skills by typing the large letters that appear on the screen. Red letters must be typed instantly, before they reach the monkeys – otherwise they turn red and start to play funny music. White letters should only be typed in sync with the music (see below). Mistakes will be punished with more red letters.

At the end of the level, the meter on the right must be mostly green for you to succeed. This is done by keeping the red letters away. Your goal is to finish all 6 levels with as many points as possible.

To collect extra points, play the white letters in sync with the music when they are right above the heads of the monkeys. When you get it right the letters turn green. Pro tip: you can type several letters at once.

When the beer bottle appears, you can type BEER to slow down the tempo. When the banana appears, type BANANA to turn all letters into B’s. Finally, type PILL when the pill appears to increase the speed and change all letters into E’s.

Sometimes neighbours, groupies and other characters appear and scramble the letters. To return to normal, type the white letters in sync (see above). Pro tip: save the symbols for crucial moments.

The graphics consist of text, not pixels. It is the same principle as ASCII art, only that this is PETSCII which is the colourful text standard of the Commodore 64. Most of the sounds in the game come from TB-303, TR-707, MSX FM PAC, and DS-10.

The coding was done in Java and is based around almost-executable C64 PETSCII-files, made in our hacked version of Linde’s PETSCII Brush. 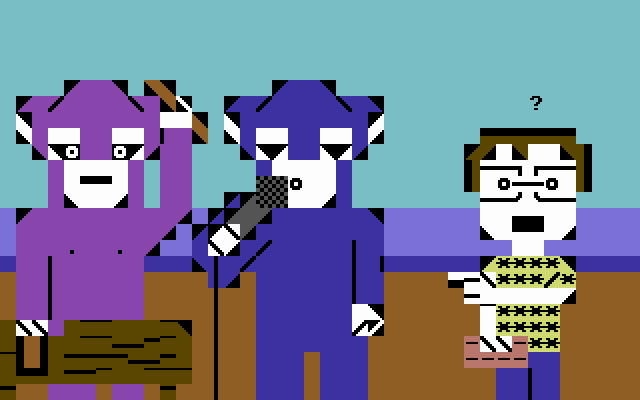 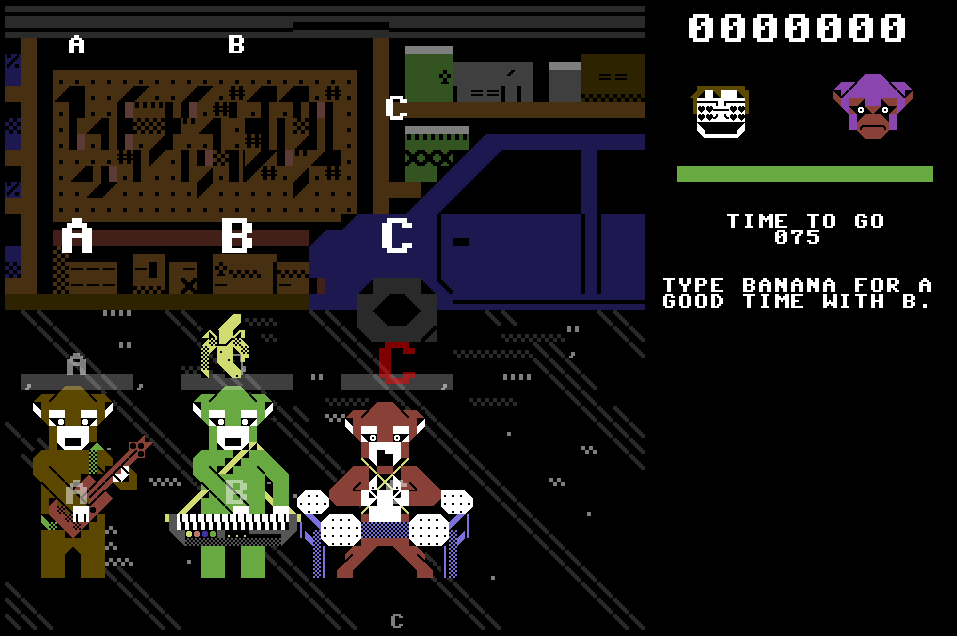 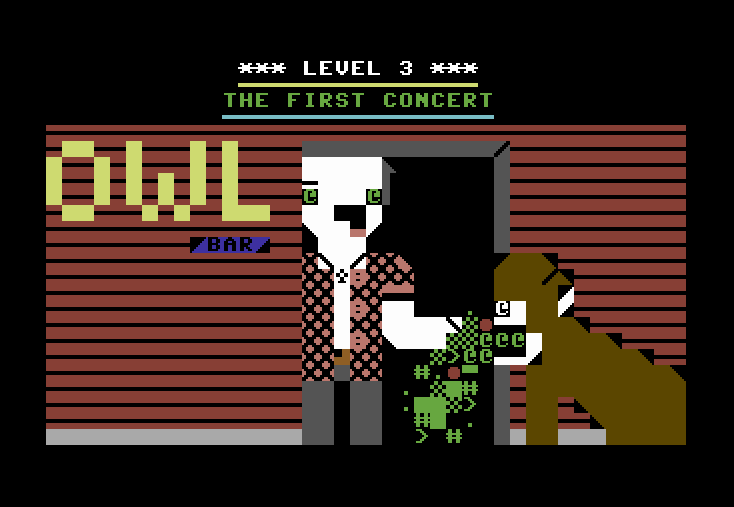 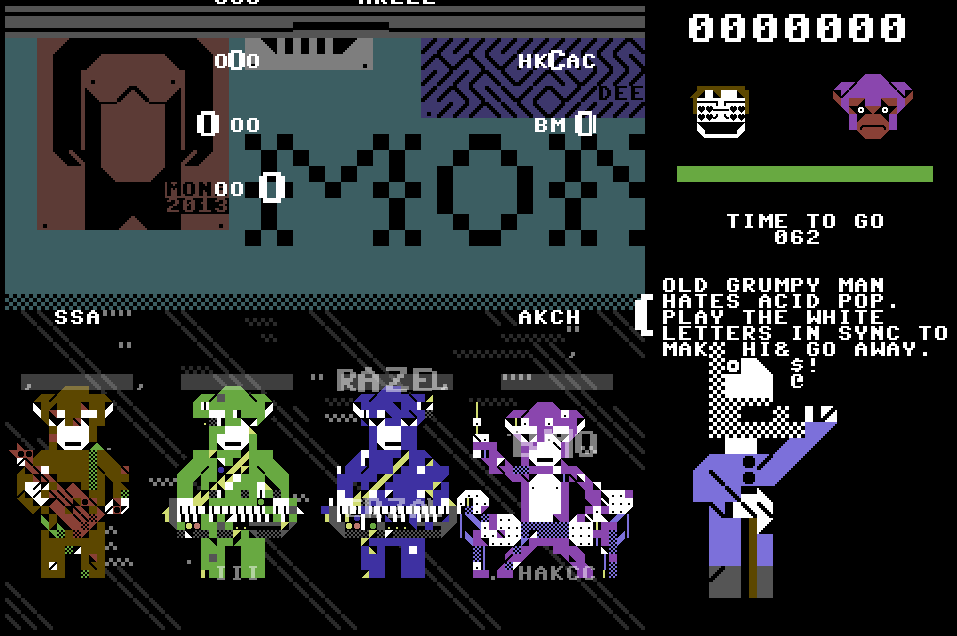 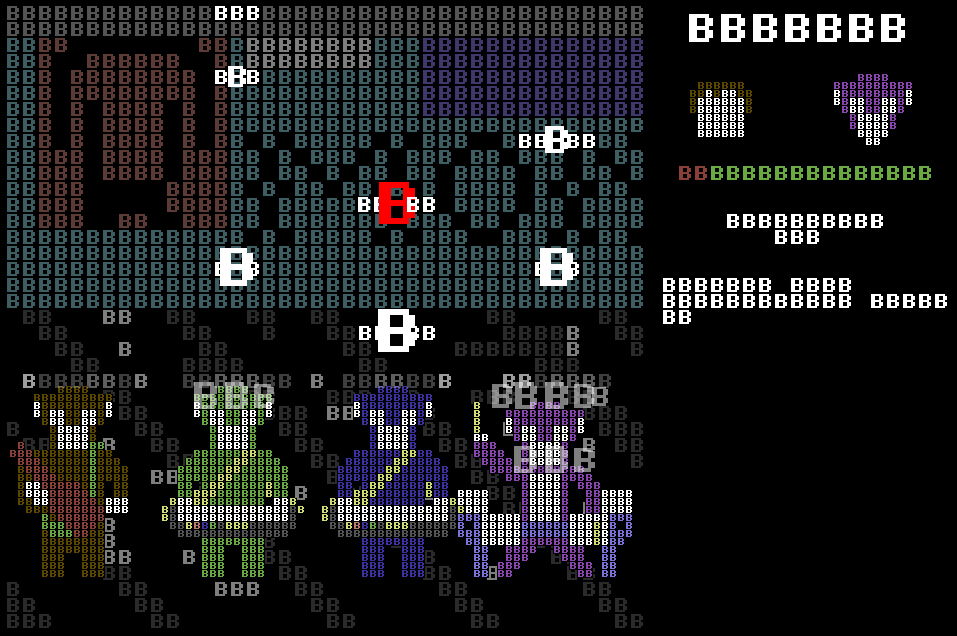 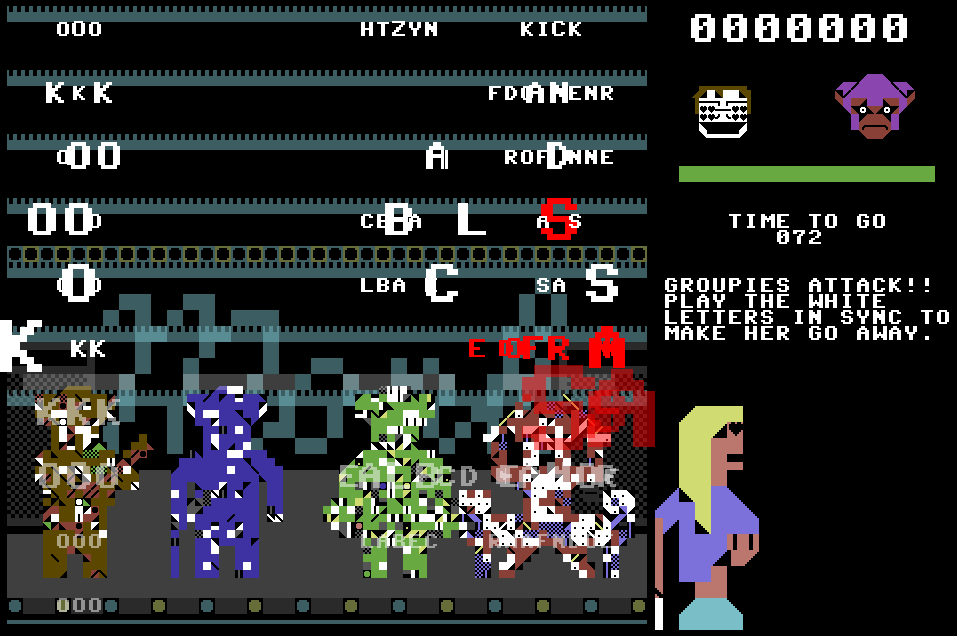