Memoblast is a fax performance by Jacob Sikker Remin, Raquel Meyers, and me.

It started with a fax performance at a library in Copenhagen 2012, and in January 2013 it was the opening of Transmediale 2013 at Haus der Kulturen die Welt in Berlin. A number of fax machines were used to fax inside the office that we had built, and one fax machine was open for incoming faxes. Hundreds of faxes were sent in, but unfortunately the janitor threw everything away the morning after, since it was considered trash rather than art. 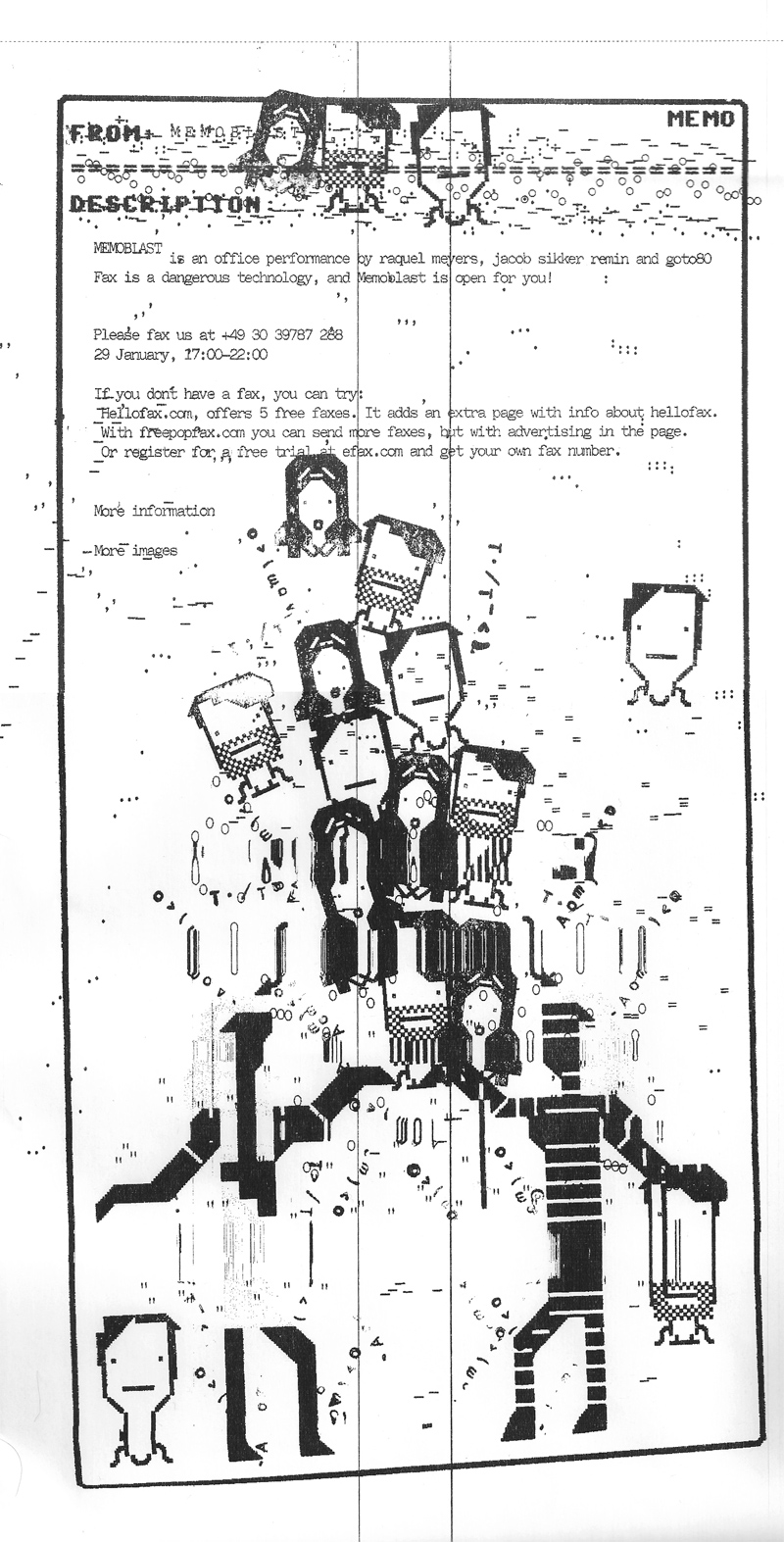 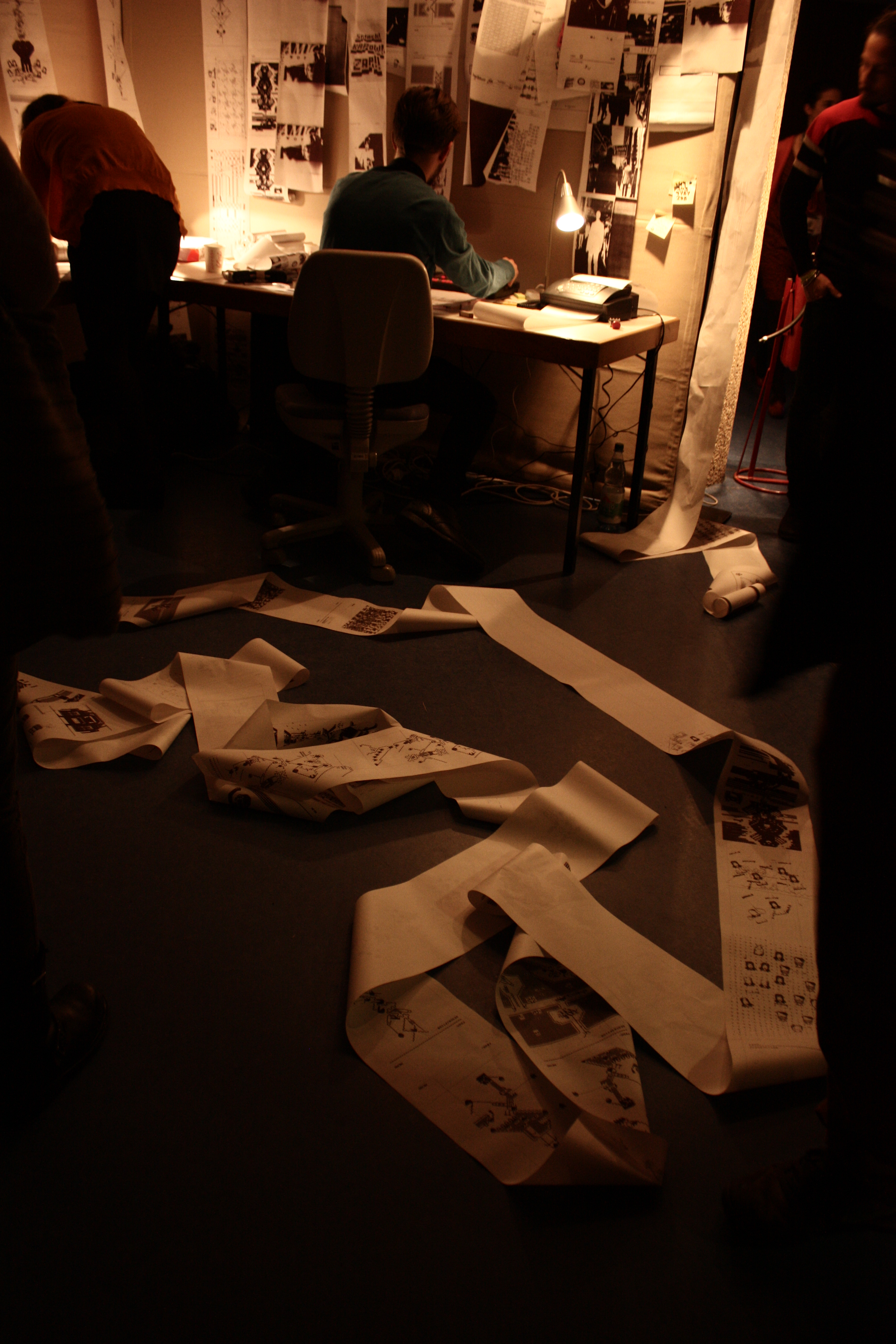 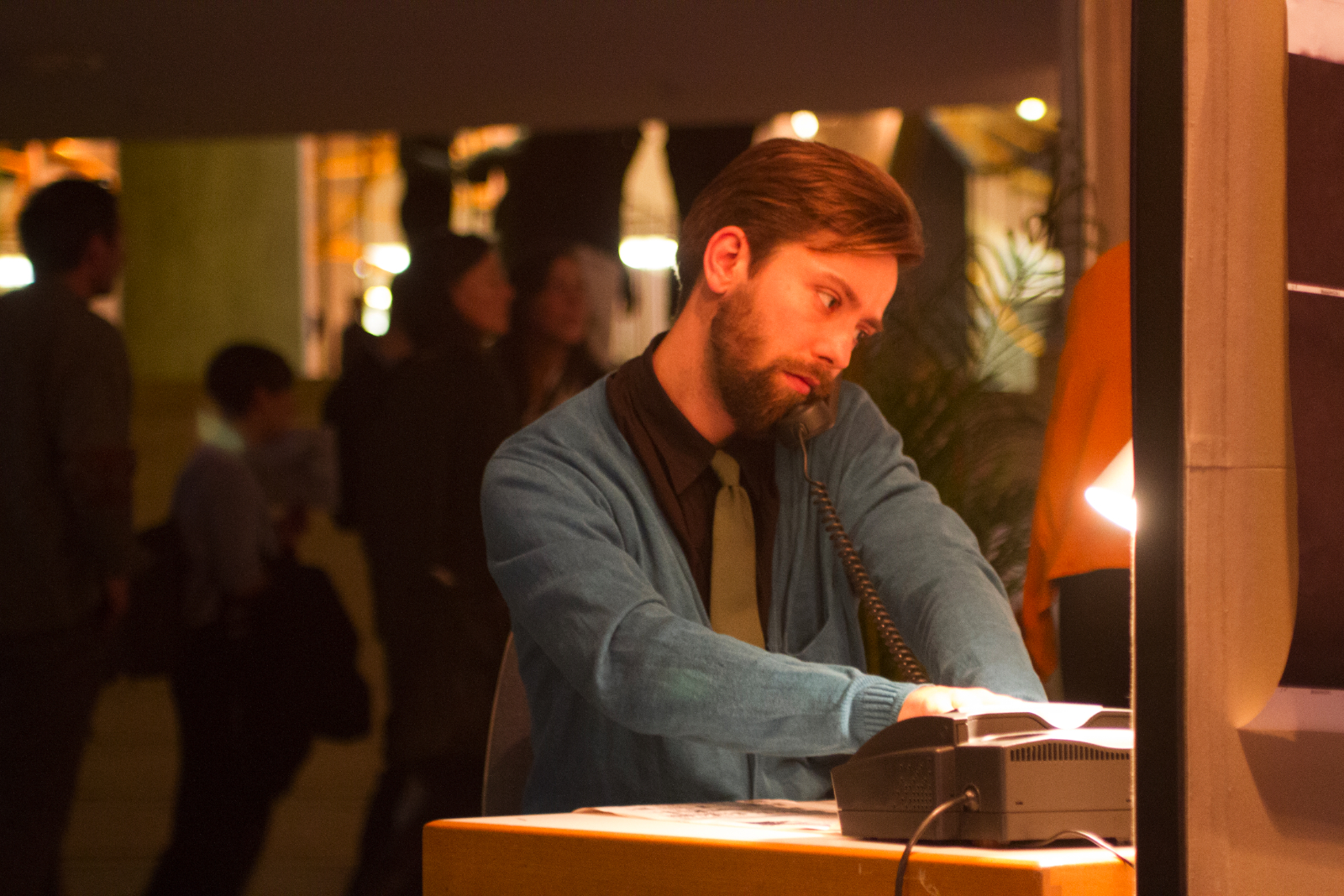 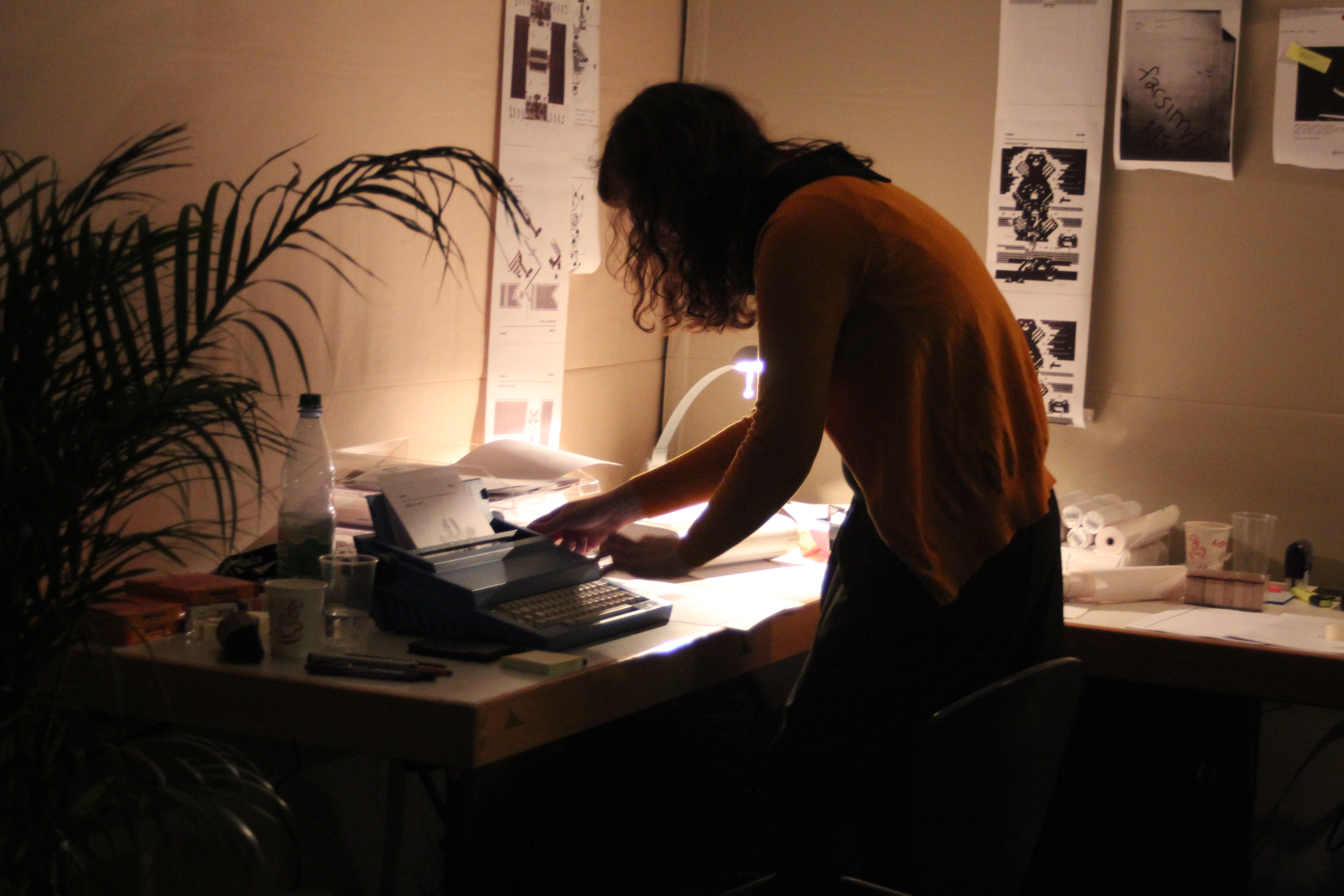 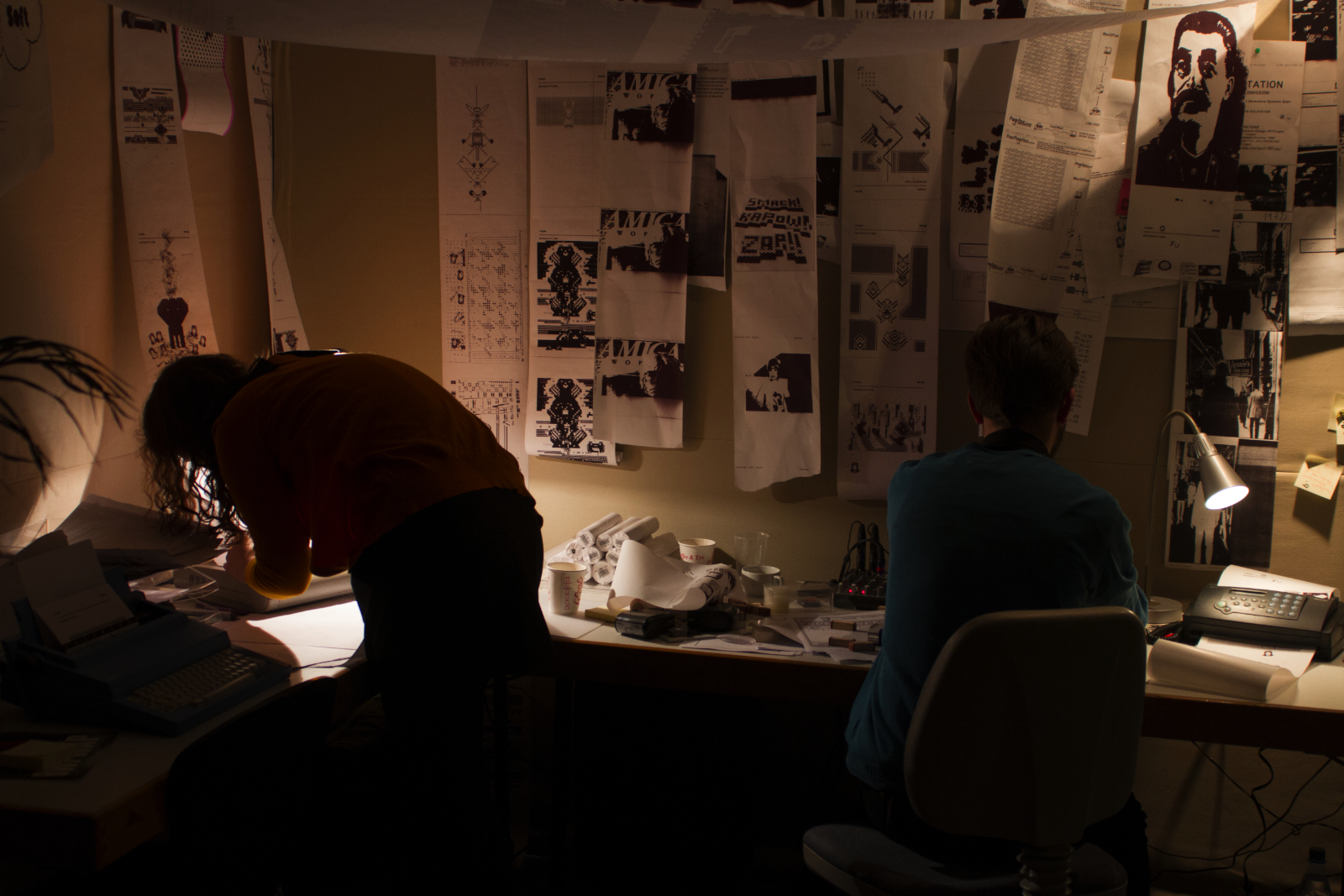 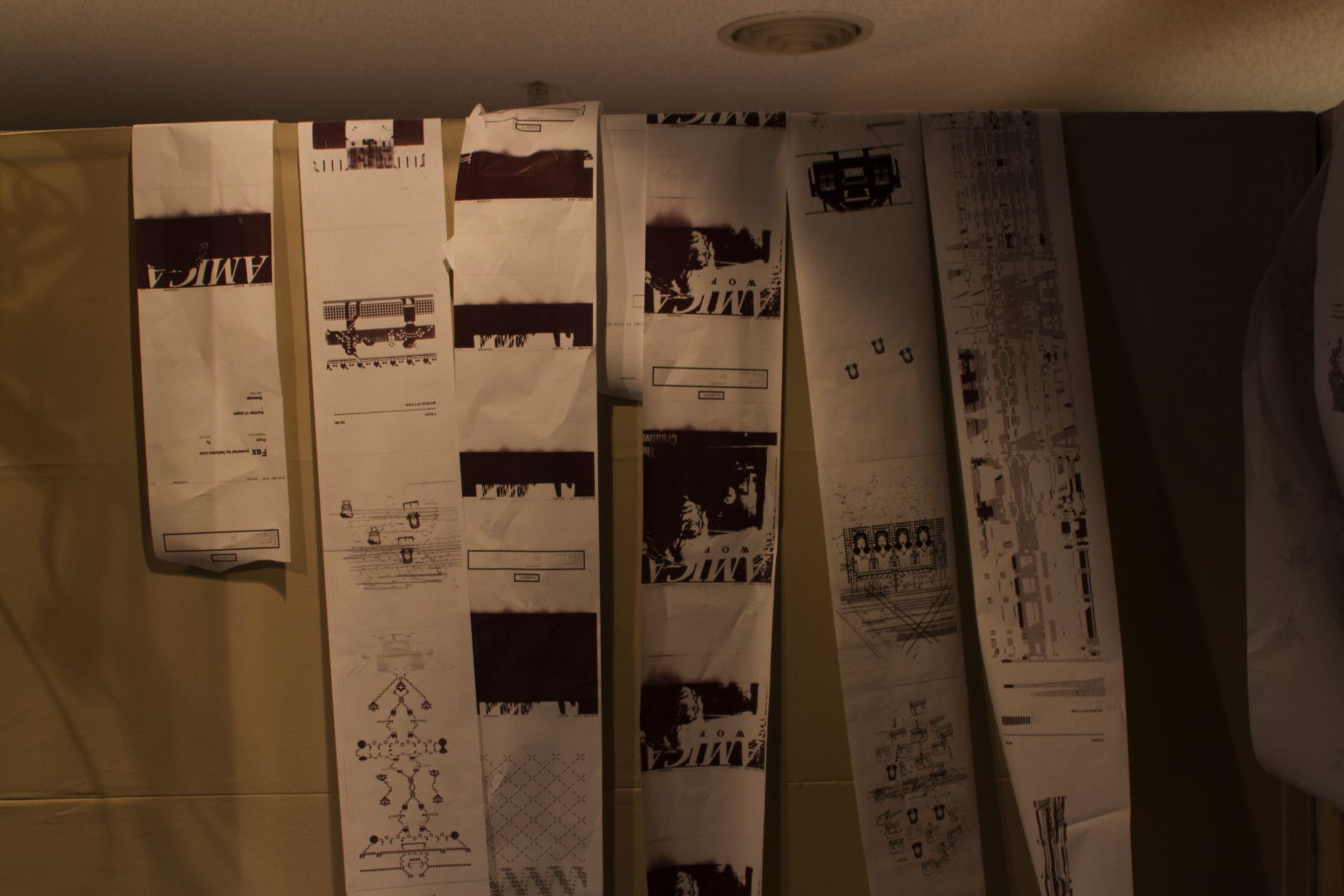 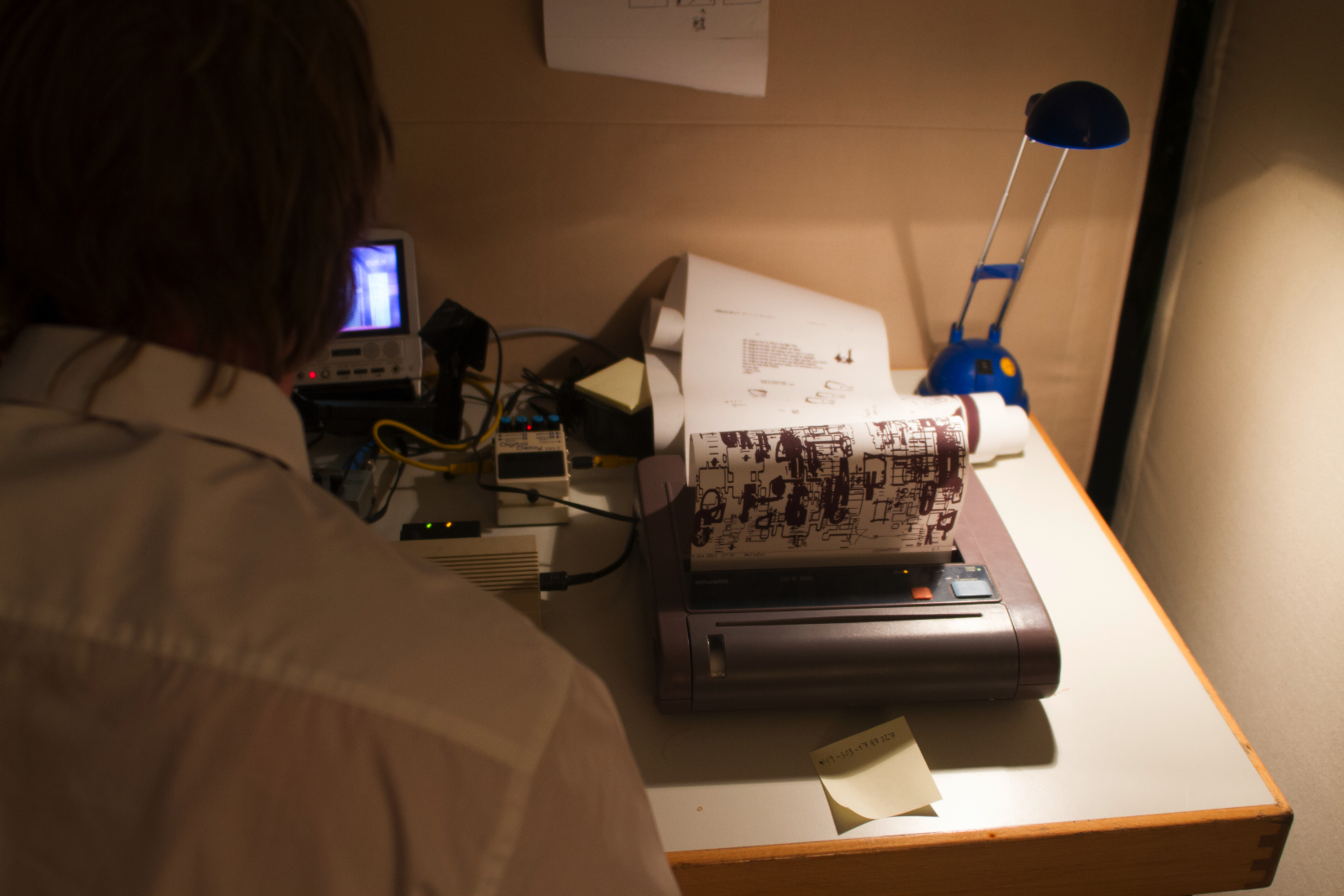 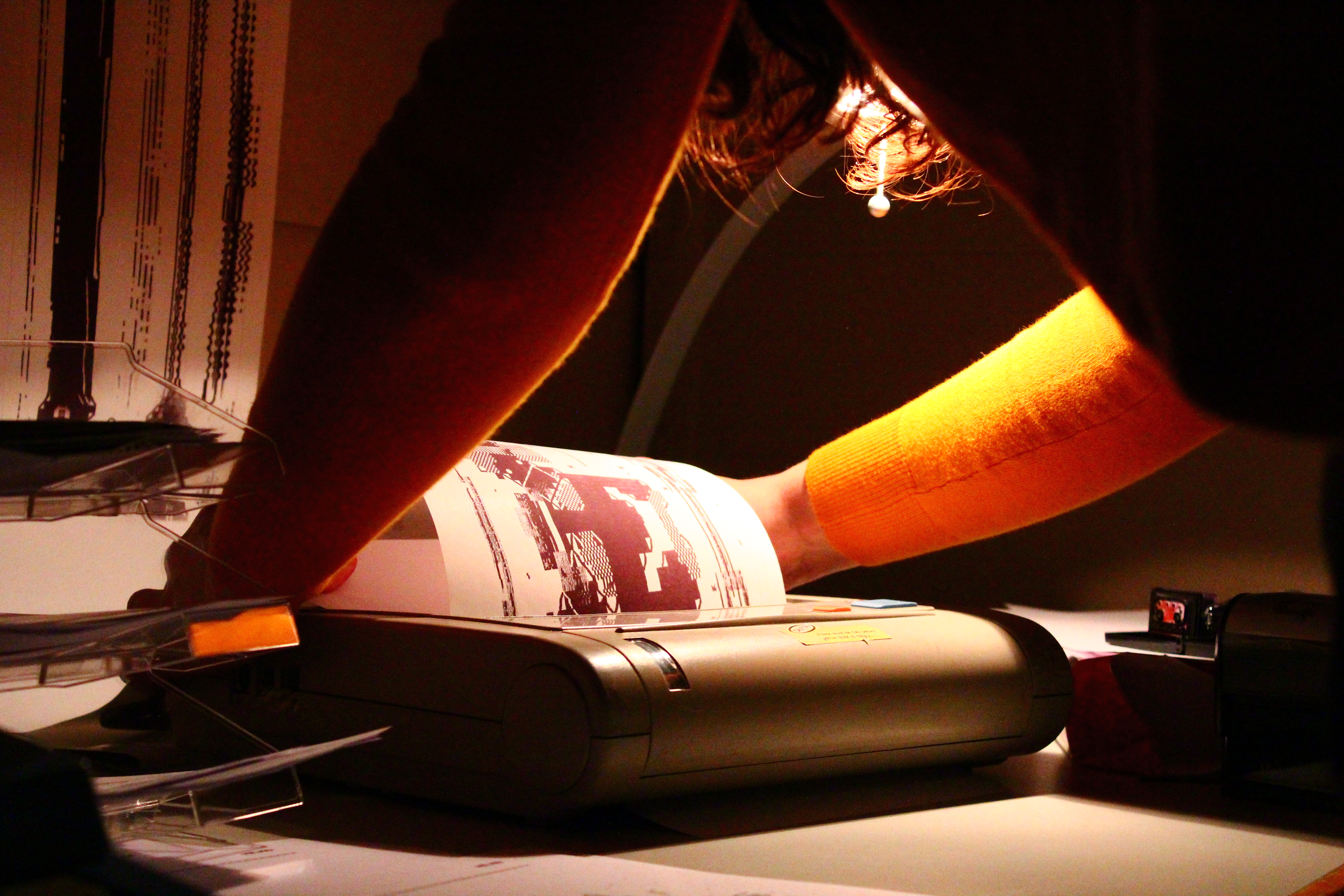 █ The book Fax For Folket 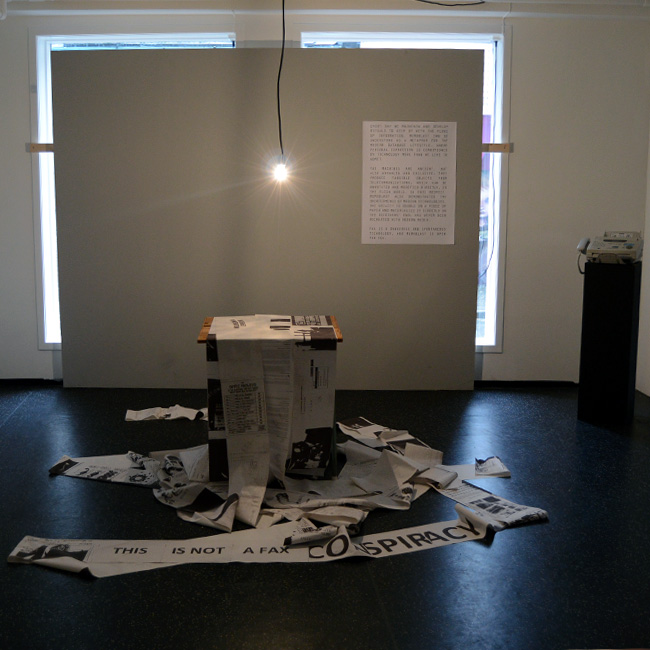 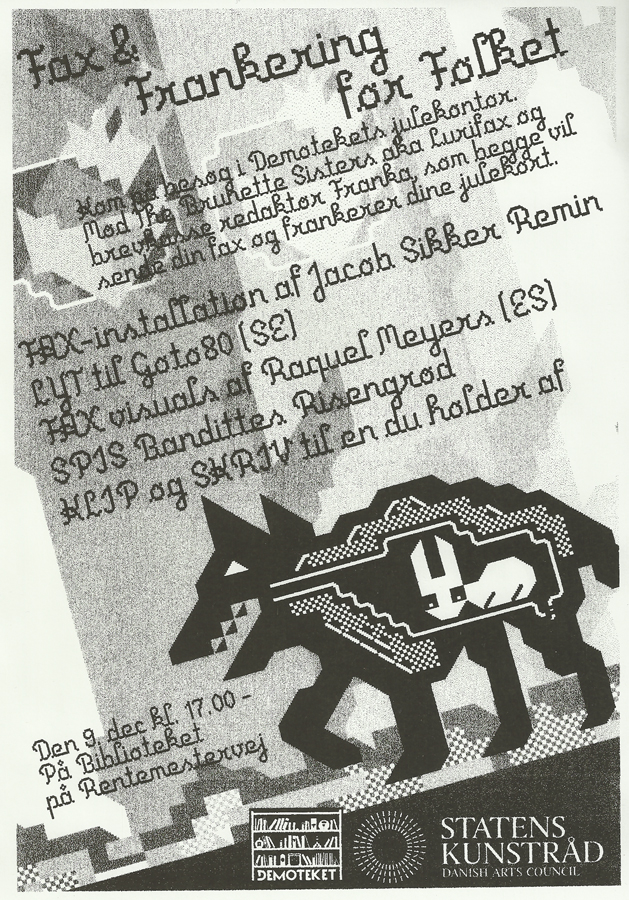