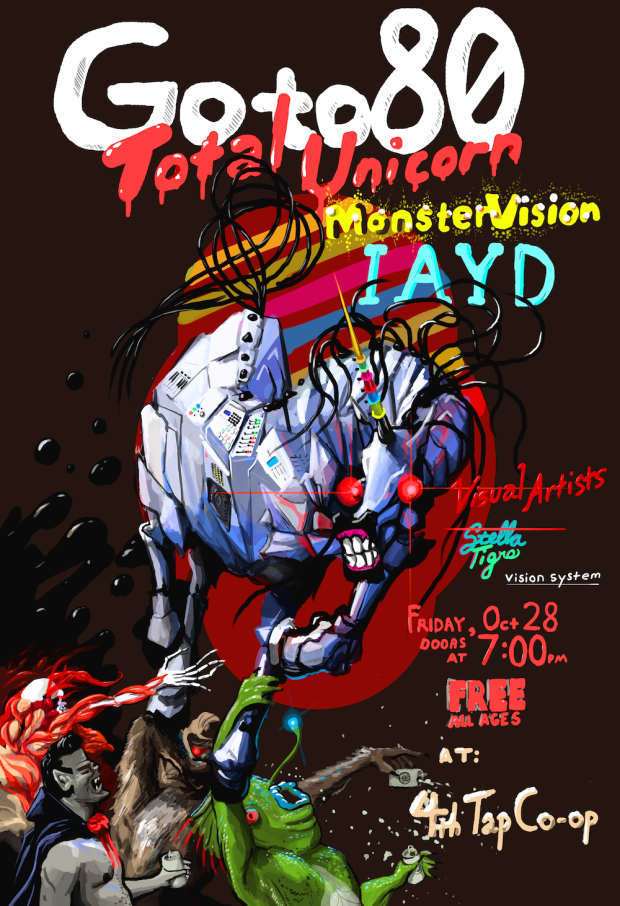 Somehow I forgot to blog about the show in Austin that I took part in for Halloween. After a successful indiegogo campaign, they raised enough money to bring me over from California and Colorado, take down the wrestling ring in a beer brewery, and throw a great party!

I have upcoming shows and talks in Philadelphia, Montreal, Waterloo, Buenos Aires, Mexico City, and New York. Will try to be a bit more informative about those..